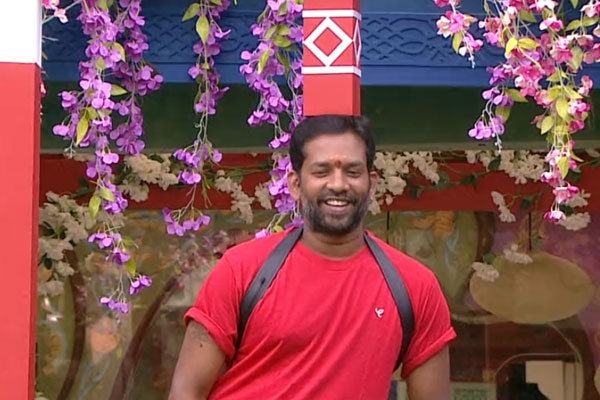 Baba has joined the show as an underdog. No one expected him to reach the finals before in the first week of the show. But within a couple of weeks, he got a good following and many started predicting he might be the finalist. Now he reached the finals and got his own fan following. SWOT analysis on him as below.

His strength is his comedy timing and sense of humor. Actually the audience didn’t expect that from him. They thought Mahesh Vitta, a comedian, will generate laughs in the house but it is Baba who is remembered as entertainer of this season. His other strength is the way he deals with the housemates. Most of the housemates, while leaving the show, touched his feet and that speaks volumes about the respect and affection he earned from other housemates.

He doesn’t take a stand when an issue happens in the house. That gave him the tag of ‘masker’ in Bigg boss season 3. Sometimes, he doesn’t understand the tasks because of language problems. Also, he is not as strong as other contestants in physical tasks, probably because of the age factor.

He has earned his own following in this show and impressed the audience with his entertainment. He has been getting a consistent voting percentage for several weeks. He has good chances of standing in the top 3 but the competition is very stiff for him to win the title.

The way he could not speak fluent Telugu is one of the hindrances for him to win the title as the voting pattern might change while saving the contestants vs while selecting the title winner.

Overall, he definitely has better prospects than Ali but not the other three contestants, as per reports. We need to wait until the grand finale to see who will be the winner.