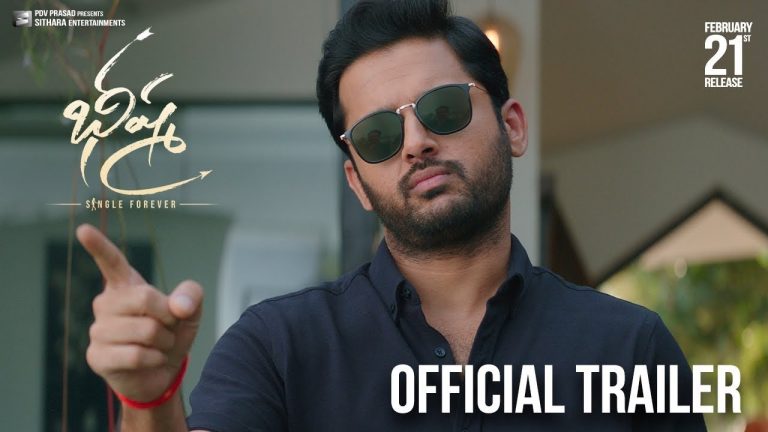 Young actor Nithiin at any cost should deliver a hit with his upcoming movie Bheeshma. The film is carrying decent expectations and the teaser, songs generated positive vibes. Now the theatrical trailer keeps up good expectations as it looks promising. As the makers revealed, the film’s backstory is based on organic farming and it is filled with sensible entertainment.

Nithiin and Rashmika fit well in their roles and the technical aspects contribute well. Nithiin plays a youngster who struggles to get married in life. Anant Nag and Jisshu Sengupta played other crucial roles in Bheeshma. This time, Nithiin clearly played it safe and made sure that Bheeshma will thoroughly entertain the audience. The trailer hits the bullseye and promises to be fun-filled. Directed by Venky Kudumula, Bheeshma is produced by Sithara Entertainments. The film is announced for February 21st release.