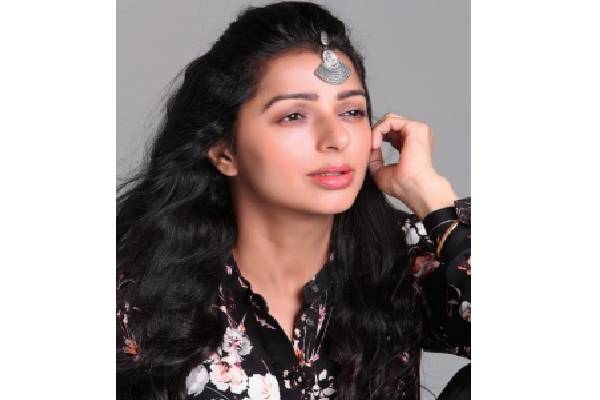 Actress Bhumika Chawla is happy with the response to her recently-released Telugu movie ‘Seetimaarr’. The movie, directed by Sampath Nandi, is a sports action drama and also features Gopichand and Tamannaah Bhatia.

Talking about the film, the ‘Tere Naam’ actress said: “Sports backdrop films have their own charm and curiosity among audiences. Theatres have opened up and the entertainment industry is picking up. I play the role of Gopichand’s sister who was a kabbadi player and inspires him to become a player and coach.”

Bhumika made her Tollywood debut in 2000 with ‘Yuvakudu’. She said her journey so far in the South film industry has been wonderful. “The landmark films of my career in the south would be ‘Yuvakudu’, ‘Okkadu’, ‘Simhadari’, ‘Sillunu Oru Kaadhal’ to name a few. Southern industry has its own way of functioning. The audience in the South worship their idols, it’s their way of showing love. Each culture, industry and person are different,” she added.

The ‘Dil Ne Jise Apna Kahaa’ actress further said: “People have been very respectful and kind. I thank Great India Entertainment for launching me in the TFI and I thank Supriya, Nagarjuna and the production house. I learnt a lot from the industry.”

But what about the language barrier? “I have acted in Tamil, Telugu, Malayalam and Kannada films. As an actor there is no preferred language – a good script, great powerful content, good team is what matters as an actor – language is no bar. Though Hindi comes easy in terms of language, it has never been a barrier.,” she said.

The ‘Run’ actress revealed that she is now looking for roles which can give her more opportunity to explore. She said: “Acting gives me creative satisfaction. I look at roles that I haven’t done yet – the stories that would challenge me as an actor and to work with directors that get the best out of me as a performer.”

Talking about her personal life, Bhumika revealed, “I am a very private person. I have never been an over-the-top person. I understand there is a social media boom too. But I like to live and work at my own pace.” 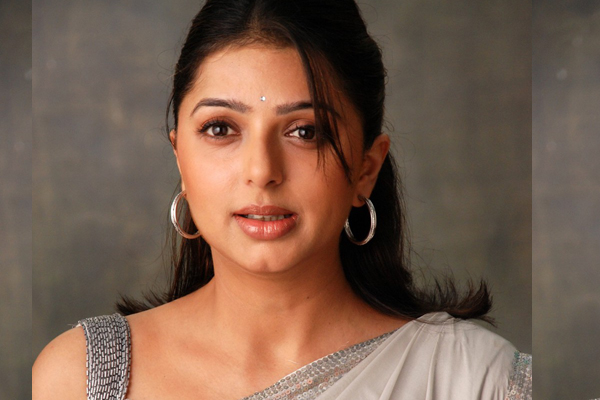 Nandamuri Balakrishna is all set to kick-start the shoot of his next film titled Ruler from August 7th. The first schedule will commence in Bangkok and a high voltage action stunt will be canned in this schedule. KS Ravikumar is the director and Sonal Chauhan, Vedhika are the leading ladies in this high voltage action drama. As per the update, veteran actress Bhumika who made her comeback with Nani’s MCA has been approached for a crucial role.

Bhumika will be seen playing a crucial role during the flashback portions and the actress loved the assignment after which she signed the project. Balakrishna will be donning two different looks in the film and SS Thaman is the music composer. Bankrolled by C Kalyan, Ruler releases during the first quarter of 2020. 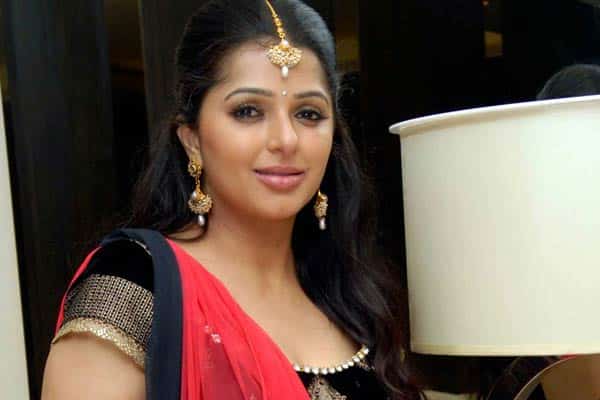 Former heroine Bhumika Chawla is making her presence felt in Tollywood with notable offers after making a comeback with Nani’s MCA. She is now essaying a pivotal role in Naga Chaitanya’s upcoming film Savyasachi

According to the latest update, Bhumika has now bagged yet another prominent role. Reportedly, she has been roped in for Samantha’s forthcoming film which is an official remake of Kannada movie U Turn.

It is learnt that Bhumika is going to step into the shoes of Radhika Chetan who played a ghost in the original version. Apart from Bhumika, the film has Aadhi and Rahul Ravindran in important roles.

Pawan Kumar is the director for this bilingual which is being simultaneously shot in Tamil and Telugu.

Bhumika to go an extra mile in her second innings 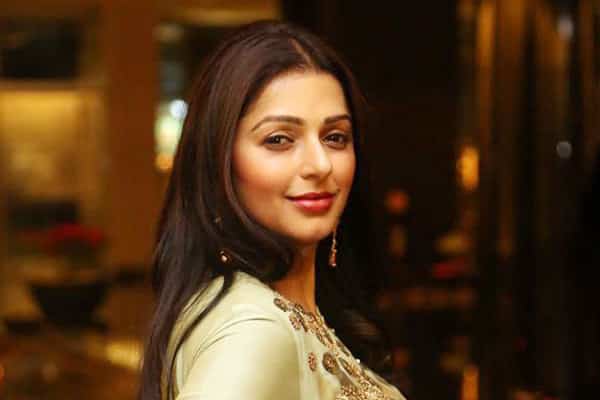 Former heroine Bhumika Chawla, who made an impressive comeback with a meaty role in Nani’s MCA, joined the bandwagon of actresses who turned a new leaf and started their second innings in Tollywood. She bagged brownie points for her performance as Nani’s sister-in-law. She is now open for roles that suit her age and ready to sign new projects.

As reported earlier, Bhumika has been roped in to play a crucial role in Naga Chaitanaya’s upcoming film Savyasachi which is being directed by Chandoo Mondeti. Now, it is learnt that the Khushi actress is willing to dub her own voice for all her roles. Bhumika revealed that she was supposed to dub for MCA, but couldn’t do it due to the last minute planning. So, she will dub for her roles from now onwards.

Bhumika will be seen playing Chaitu’s sister in this film. It remains to be what impact will the former actress create in her second innings.

Bhumika in Akkineni hero’s next 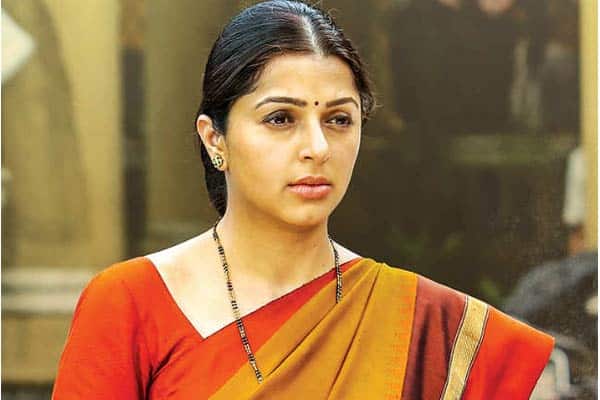 Former heroine Bhumika has joined the bandwagon of actresses who are making a mark with prominent roles in their second innings. The Khushi actress, who played sister-in-law to Nani in the latest release, MCA, is in game for more meaty roles of her age in South Indian films.

Speaking to a leading news magazine, Bhumika revealed that she is playing a cameo in Naga Chaitanya’s upcoming film Savyasachi which has Chandoo Mondeti at the helm. She will be seen in a brief yet interesting role along with Madhavan who is essaying a crucial role in the film. She didn’t want to kill the suspense by revealing her role in Savyasachi, but said it will be good one to portray.

Bhumika’s act in MCA is being received well by audience and critics alike. 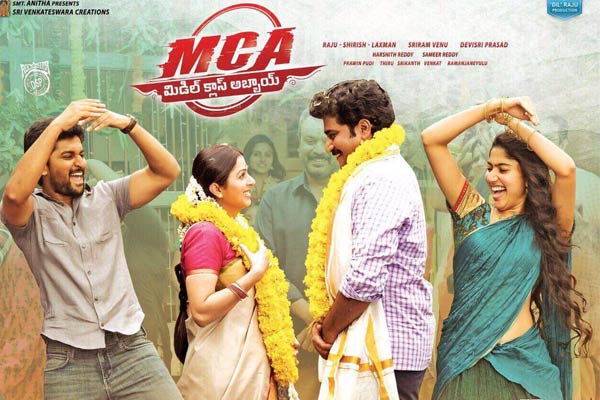 Former heroine Bhumika Chawla, who worked with top stars like Pawan, Mahesh and NTR in her heydays, is making a comeback to Tollywood with a prominent role in Natural star Nani’s upcoming family drama MCA which is slated to hit the screens next week.

The ‘ Kushi ‘ actress will be seen as Nani’s sister in law ( Vadhina in Telugu) in MCA and the entire story is weaved around the Vadhina – Maridhi bond, which is probably s first of its kind in Tollywood. Reports suggest that Bhumika’s role has more weight than the film’s leading lady Sai Pallavi. The recently released trailer also hinted that it is Bhumika’s role which carries the film’s narrative forward.

For audience who were impressed with Sai Pallavi’s domineering act in Varun Tej’s Fidaa, her character with little substance in MCA might come as a little disappointed. Nevertheless, she is going to be seen in a more glamorous avatar this time.

Directed by Venu Sriram, MCA is produced by Dil Raju.