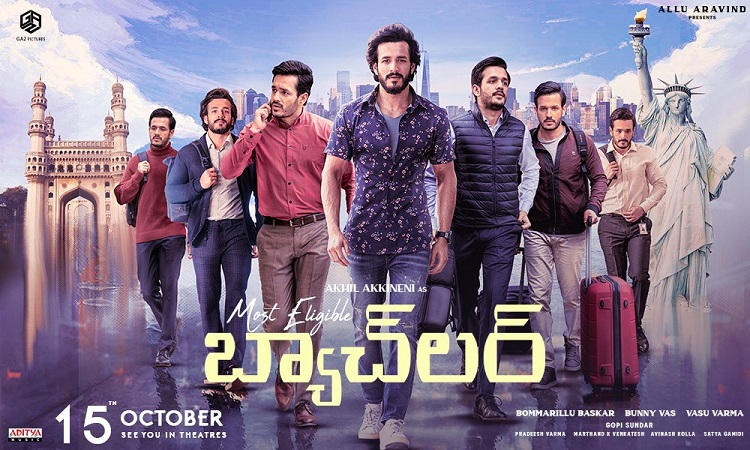 Harsha (Akhil) is a financially secure, well settled bachelor from New York City. He goes on twenty days trip to India to attend multiple match making events with hopes of eventually finding a bride for himself. Growing up in a joint family with traditional roots, he has a typical old school set of expectations for his future life partner. He meets Vibha (Pooja), a stand-up comedian by profession, with intriguing new age expectations when comes to a life partner. He falls for her and we have the rest of the movie showcasing his attempts to win her.

Initially, the film is fun. Director Bhaskar succeeded in generating situational comedy in the guise of Harsha’s ‘Pelli Choopulu’ series of episodes. Harsha’s interactions with Vibha, getting tips to woo girls is very engaging. ‘Guche Gulabi ’,’ Leharaayi ‘ songs placement, tunes and picturization are good. The scenes between Akhil and Murali Sharma are appealing as well. Exploring different sets of expectations from today’s youth when comes to their future life partners, is a great story point, but after a while it starts to get a bit boring as it is stretched thin all the way to end of the movie. A few illogical scenes like filing a court case for rejecting marriage proposal, brokering a business deal based on pretend romantic advances further bring the movie down a notch.

The move has similar shades as the Orange movie (also from the same director) and has plot resemblances with a small Telugu film ‘Shaadi Mubarak’. Bommarillu Bhaskar focused on delivering entertainment and didn’t care about any story or emotions. The chemistry between the lead pair is non-existent. In the second half, there are many preachy scenes which test the audience patience.

Akhil acted with ease, showed more maturity in performance than his previous ones. However, looks wise this film might not be his best. Pooja Hegde is excellent in looks, performed well as Vibha. Murali Sharma, Pragati roles delivered some fun moments.

‘Most Eligible Bachelor’ with its wafer-thin story line, ends up presenting a cliché definition to “Romance”. A disappointing second half negates the entertaining first half. Two good songs and overall lighter vein approach might be enough to a limited section of youngsters. At its best, this is an average film. 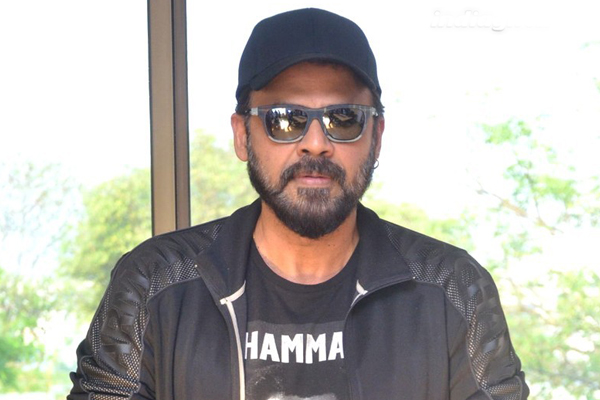 After an impressive debut with Bommarillu, Bhaskar failed to re create the magic with his later films. His recent films ended up as disasters and he has been left away by several filmmakers. He last directed Bangalore Naatkal (Remake of Banglore Days) in 2016 after which he hasn’t directed any film. He took his time, penned an interesting script and narrated it to Venkatesh recently.

The actor was impressed with the concept and asked him to narrate the final draft. Bhaskar is currently penning the full script to get it approved from Venkatesh. If things go as per the plan, the film will be launched during the second half of next year. Venky is busy with the shoots of Anil Ravipudi’s F2 and Bobby’s Venky Mama. He is also in talks with Trivikram, Trinadha Rao Nakkina and Venky Atluri for his next films. 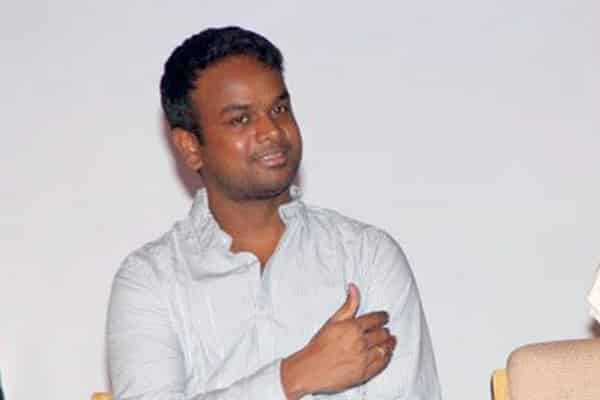 After making a promising debut with a clean slate family and youthful entertainer Bommarillu, Bhaskar set sights on becoming a top league director in Tollywood. He followed it up with a sensible love story Parugu which starred Allu Arjun in the lead role. However, the talented director couldn’t make a mark after that as he failed to deliver the goods with Orange, Ongole Gitta and the recent Bangalore Naatkal.

According to the latest reports in the industry circles, Bhaskar is now looking for a comeback with a film to be bankrolled by Mega producer Allu Aravind on his Geetha Arts Banner. It is learnt that Bhaskar has convinced Aravind with an interesting script and Allu Sirish is likely to play the lead role in this project. An official confirmation is awaited on this.

Bhaskar was supposed to work on a multi-starrer starring Venkatesh and Vijay Devarakonda. But, the project was put on hold due to unknown reasons.

So, it remains to be seen if Bhaskar can regain his touch under the aegis of Geetha Arts Banner.