Giving horror genre, the respect : A chat with Ashwin Sarwanan 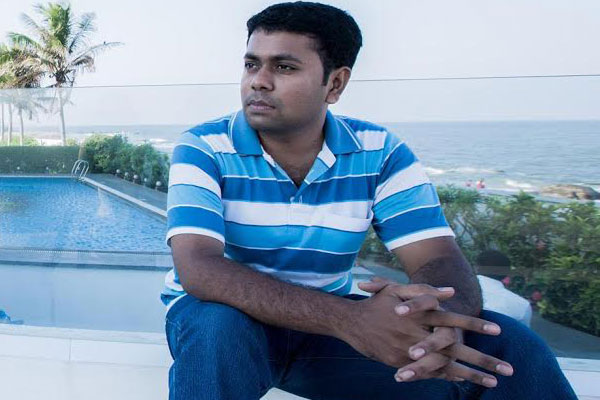 Ashwin Saravanan, as he talks, doesn’t give answers like many of his contemporaries. Of course, he’s only 24 and admits of being sensitive in an industry that demands one to be thick-skinned. At a time when horror has become a formula comedy spinner, he has given the genre its credit and respected the intelligence of the audiences with Mayuri. Enjoying its success in both the Tamil and Telugu versions now, this techie-turned-filmmaker hasn’t seriously thought about his next yet. All he wants is to fulfill his passion to make good cinema and even as he knows, he’s made some mistakes in his first, Ashwin has a readiness to learn. All and more of that in an exclusive chat with Telugu360.com

What was foremost on your mind when you embarked on this project?

For me personally, I have never worked as an assistant director. I didn’t know the trend associated with finding hero and heroine first. I did not go through the traditional way. I had to write something that personally interested and inspired me. I had to love the script first and tell a story genuinely. The first and foremost thing was to make a content driven film, anything other than that did not matter. It was creative satisfaction I aimed at.

How did it all fall into place?

I was very naive, assumed I will make the film and people will see it, but there is lot more to it. There are lot of variables associated. It has to open at the right time. I did not know all that but just wanted to make a film. That simplicity actually helped me. I wanted good actors who can do justice to the roles written. The producers felt it would be good roping in Nayantara because someone with great screen presence will make a great difference. Her reach among south Indian audiences is good.

Are you connected with the film industry?

My family hardly has any connection with film industry. In the industry if you have great content, people will hire you even if they don’t like you. It is not about who you are and it is about what you can bring to cinema. Everyone is looking for good stories and if you have one, you are noticed. Everyone has money, equipped with technicians but not a good script. It was a very warm experience for me, was given time and space to make the film I wanted to make and not treated like a debut film maker. I enjoyed working in the film , it was very satisfactory.

How did the idea trigger?

As a kid I heard a contest about being paid for watching a horror film alone in a theatre. The idea stayed with me for a long time. This concept is associated with men, so I thought what if it happens to a woman and she runs into trouble. The whole film starts off from that thought. I like horror films and the idea was interesting enough to consider it as premise. I didn’t think of the genre initially. It just happened.

I give credit to my team. When you make a short film, you have to make everything yourself. You have to run through all departments, feel responsible and you know what the expectations are from each department. I had to supervise every department so that It comes out the way I want to. Since I already did that before Maya, the process naturally came to feature films too. I had to give specific instructions to the technicians and had huge expectations from them to begin with. I was very specific during pre-production. They were very supportive, understood my vision and complemented perfectly. This film is like a like an orchestration , everyone has to play their instrument and some note is left and entire thing falls flat. It is like a make or break situation for every scene and situation in the film has to go together. Everything has to go together. It holds good for every film but here it is zero or one. You have to be precise about what you expect from the technical team, in a manner they understand and what best you can get out of them.

What effort did you make to give a fresh feel to the script?

Maya has a lot of cliches and follows conventions in a lot of traditional horror cinema. It does that but I feel I have added something new to the genre. If I felt I haven’t done that, I would never do this film . I have something to say and that is what I believed in. The reviews don’t bother me, more than the critics, the response from the audience is very overwhelming. They personally connected with the film. It is not as if they saw the film, talked about it and forgot. They invested in the characters and loved what I did in the entire film. I assume myself first as a viewer when I write a film and I paid a small homage to cinema. My influences will be seen throughout the film, I wasn’t very shy about it, I blatantly put it up and there are lot of references and I think I kind of celebrated those films actually . I don’t mind following the same ropes of horror films.

Tell us something about your academics

I studied engineering in Information Technology in Chennai and got placed in Infosys only to return after two months. It was a short story. Parents did mind but were okay with it. But they were concerned how would I survive in the industry when I have absolutely no contacts, being oblivious of the politics that were in the industry. I was naive and idealistic, I would make a good film and everyone would love it and everyone would help me make the film but that was not the case. I had to struggle. It was a good experience. Everyone goes through it and it is normal. It worked like a jump scare for me, a lot of people surprised me. But at the end of the day, you work with all kinds of people , just not from this industry. I am happy with the film, even if it weren’t received well, I would have been satisfied with the result. We enjoyed the process and liked what we saw on screen. We knew there were flaws, it wasn’t perfect but it came out of passion. I am happy people liked it. They had issues with pacing and clarity of certain scenes, with over all obscurity of the narration. They were not happy that I held the suspense for so long and wanted it to be revealed much earlier.

Mayuri is doing exceedingly well in Telugu, did you expect such a response?

My parents saw the show, they didn’t mind I was into the film industry. I am a sensitive person, and in the industry you can’t be like that, you will get hurt. You should have thick skin to survive and I’m kind of used to it now, but still find it difficult. They are concerned if I am strong enough to handle the trials of this industry. I am surprised that it is getting a good response in Telugu too. I never knew they would dub it in Telugu and it was a last minute decision. It started as a small independent film and now it is working as a mainstream film. That itself is a huge surprise for me. I thought only the multiplex audience will enjoy and return, discuss it, but this is highly surprising. They are enjoying and understanding it. Lot of people kept calling me and asking me questions as if I am a science professor. Some I couldn’t understand. It sparked a lot of debate and discussions among the viewers. It is healthy and feels good they did not watch the film for time pass and they paid attention, really invested in what they were seeing on screen and I am happy about it.

So what is your next film about?

I still did not think about the next one. It never occurred to me that this will end some day and I have to start thinking of something new. Hopefully I will get over it soon. I am exhausted with horror. I have no longer any tricks in the bag, definitely it will be a different genre next time. 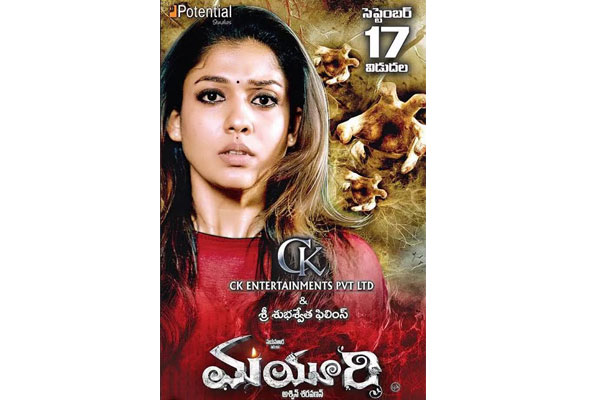 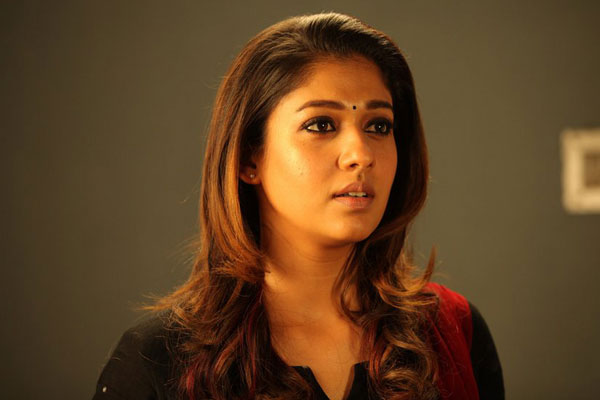