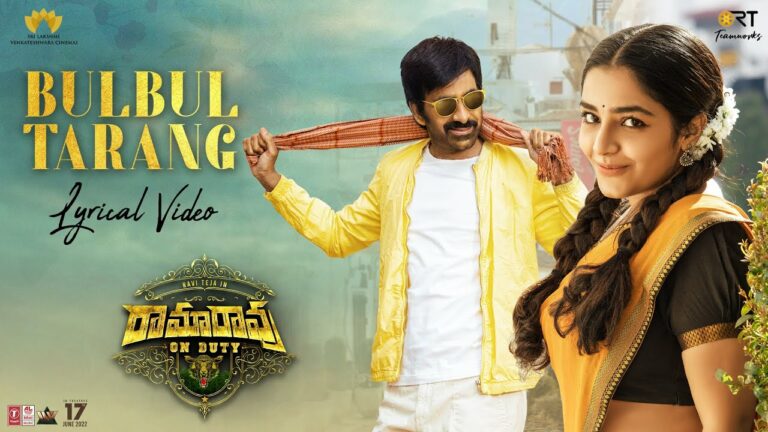 Mass Maharaja Ravi Teja’s action thriller Ramarao On Duty being helmed by Sarath Mandava and produced by Sudhakar Cherukuri under SLV Cinemas banner will be hitting the screens on June 17th. Promotions are in full swing for the movie for which music was scored by Sam CS.

The makers have released lyrical video of Love Song of the movie- Bulbul Tarang shot in Spain on Ravi Teja and Rajisha Vijayan. Sam Cs scored music and Bulbul Tarang is a refreshing track.

Sid Sriram creates magic yet another time. He makes this song more magical with his expressive rendition. Rakendu Mouli has penned lyrics for this melodious romantic track. Ravi Teja and Rajihs Vijayan look loveable together on screen.

The film stars Divyasha Kaushik playing the other leading lady. Presently, post-production works are underway for this action thriller which is based on real incidents.