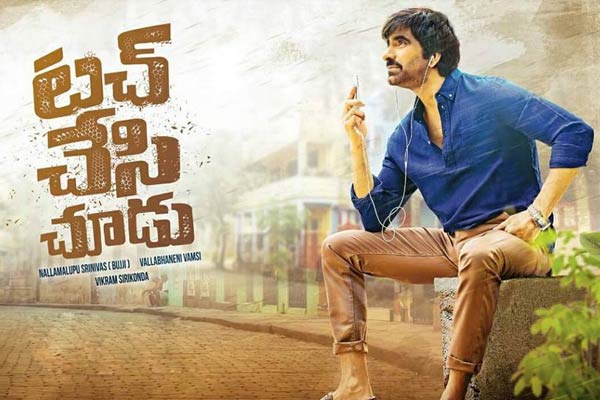 Mass Maharaja Ravi Teja, who is back on the shooting floors after a brief hiatus, is currently juggling two projects – ‘Raja The Great’ and ‘Touch Chesi Choodu’. The regular shooting of both these films is progressing at a brisk pace.

The actor, we hear, is playing a maverick cop in Touch Chesi Choodu which has debutant Vikram Sirikonda in the director’s chair. Reportedly, the Kick actor will be seen playing a trigger-happy policeman who goes till any extent and unleashes his anger to fight for justice.

This is not the first time Ravi Teja turned into a cop. He donned Khaki several times in his career, but this character is a complete deviation to what he had done so far in his career, says a close source to the unit. The source adds that Ravi Teja’s trademark histrionics will take the film to the next level.

The film is predominantly shot in Pondicherry. Rashi Khanna is the film’s leading lady.