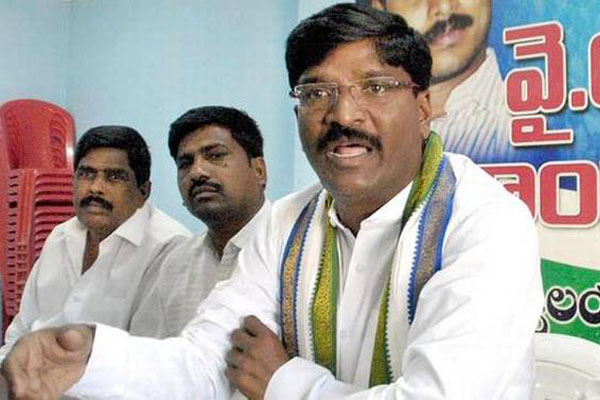 Just hours before its theatrical release worldwide, the makers of Varun Tej starrer ‘Valmiki’ were compelled to change the title as the Boya Valmiki community in Ananathapur and Kurnool districts threatened to stall the screening. Even though the censor board hasn’t raised any objections over the title, in view of imminent backlash from the Boya community led to the last minute change in title. Director Harish Shankar and his producers expressed displeasure over this needless controversy and clarified that they have no intention to belittle Valmiki Maharshi and there are no scenes hurting the sentiments of any community.

It is now revealed that YSRCP MP from Ananathapur Talari Rangayya has led the anti-sloganeering campaign against the change in the title. Reportedly, Rangayya had objected the title when it was announced and also demanded the makers to change it because it is a faction based movie and cannot have the title of a community headman . However, the makers have clarified that the film won’t depict anyone in bad light. Despite this clarification, Rangayya led the campaign at Delhi level and threatened to stop the screening of the film just a few hours before its release. Speaking to media, Rangayya said that the title has provoked the sentiments of the Boya community and might have created a serious law and order problem in Kurnool and Ananathapur where there are lakhs of people belonging to that community.

Valmiki has been renamed as Gaddalakonda Ganesh and it has opened well in all mass areas. After the release, there no controversy has been raised regarding any scenes in the film. Some Mega family fans have claimed that this is a deliberate attempt with malicious intent by the YSRCP MP to effect the openings.