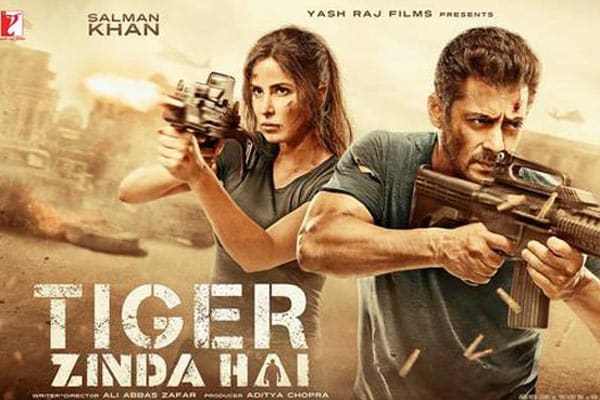 Bollywood Superstar Salmaan Khan’s latest spy thriller Tiger Zinda Hai, a sequel to his 2012 blockbuster Ek Tha Tiger, is ruling the box office in India and overseas with its sensational run. The film, which reunites Salmaan with filmmaker Ali Abbas Zafar, is nearing the 300 Crore club by the end of its two weeks run. The film has already toppled several box office records in India and has already crossed several milestones in Overseas.

According to the latest trade reports, Tiger Zinda Hai has emerged as the all time eight highest Hindi grosser in North America. With a cumulative gross of $ 5.13 Million as of this writing, the film third highest grossing film of Salman Khan and is poised to go past his Sultan ( $ 6.1M ) by the end of its full run. Salman’s emotional drama Bhajarangi Bhaijaan is his best till date with $ 8.1 haul in overseas.

Aamir khan is dominating the overseas box office with two his blockbusters , Dangal ( $ 12.3 M) and PK( $ 10.5 M) occupying the top two slots in the list of all time highest grossing Hindi films. The other blockbuster hits in overseas include Dhoom 3 and 3 Idiots. 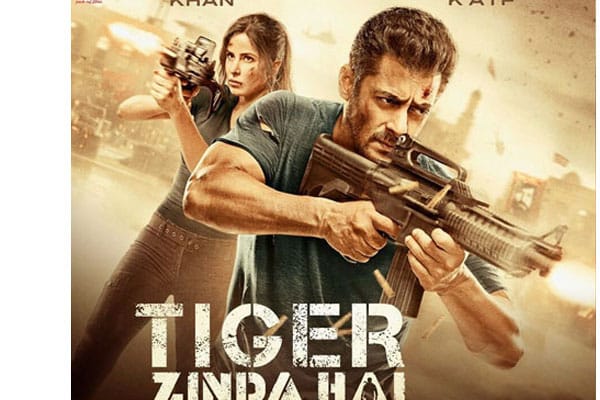 Salman Khan’s much anticipated blockbuster Tiger Zinda Hai releasing in India on Friday has a Gulf connection. The action-filled film was shot extensively in Abu Dhabi, the capital of the United Arab Emirates (UAE) and the neighbouring Emirate of more well-known Dubai. His leading pair is another heart-throb Katrina Kaif.

With 300 people drawn from all over the world, the spy thriller was filmed in various locations of the Emirate, including the scenic city of Abu Dhabi and spectacular sand dunes in the desert, for over two months and Salman had all the praise for the Sheikhdom’s infrastructure and facilities.

In an interview with Two-Four 54, the company that handled and facilitated the Abu Dhabi segment of the film production, Salman said, “It has been such a pleasure filming here. I want to come back for my next film and then the other one. You have sea and desert here … you can shoot about any film here.”
The film was released in the Gulf on Thursday and the media said in a tongue-in-cheek manner that “the sleeping Tiger wakes up after five years” in a clear reference to Salman’s 2012 blockbuster Ek Tha Tiger. 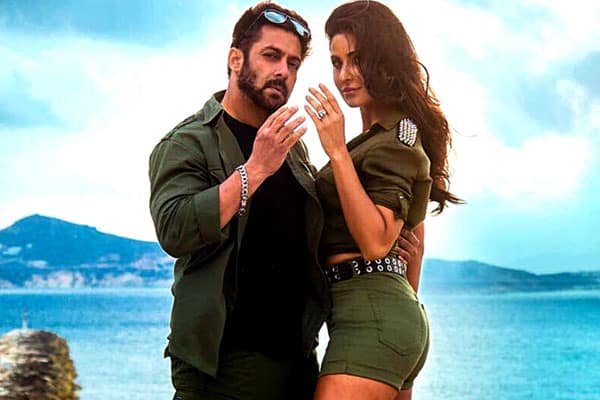 Undoubtedly, Salman Khan has a huge market in Bollywood than any other actor in the industry. Irrespective of hit or flop, his movies collect huge sum at the box office. Now, he is gearing up to release his next Tiger Zinda Hai on this Friday and the advance bookings have already started. It is heard that the audience are much excited about its release, because of the interesting teasers and trailer and they are going to witness Bhai in a never seen before avatar. After Ek Tha Tiger, Katrina and Salman Khan again teamed up for this project.

Discussing the best openers in Salman Khan’s film journey, Prem Ratan Dhan Payo always tops the list with Rs. 40.35 crores, where his other movies like Sultan collected Rs. 36.54 crore on the first day and stood in the second position. As 2017 turned out into a bad year for Bollywood, the fans are hoping that Tiger Zinda Hai will definitely give a good end to this year. 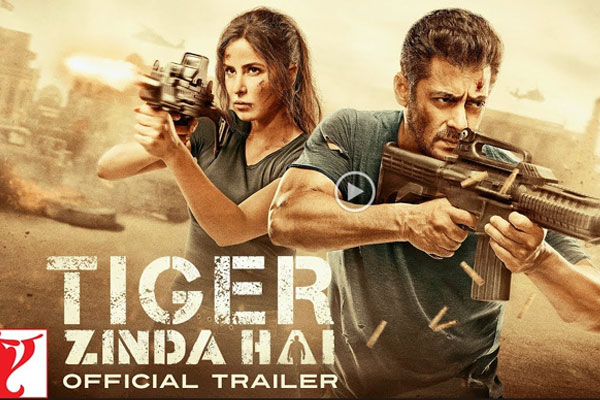 Super Star Salman Khan upcoming spy thriller film “Tiger Zinda Hai” trailer is released online and it’s generating a huge buzz in the internet within minutes of the video got posted. Salman Khan trailer ensures hit at the box office in its first instance to anyone who watches the Tiger Zinda Hai trailer.

Starting from Salman Bahi charm to real-life story of a spy thriller, spectacular visuals, hardcore action episodes, grander in the locations, catchy smart one-liner dialogues, Katrina as a Pakistani spy doing equal stunts to the hero and most importantly bringing both the rival countries to fight against the common enemy of terrorism, Tiger Zinda Hai trailer has every element and ingredient to become a blockbuster. Movie fans get ready on 22nd Dec, 20177 to witness Salman Kahn and Tiger Zinda Hai team magic on silver screen, as of now enjoy the trailer folks. 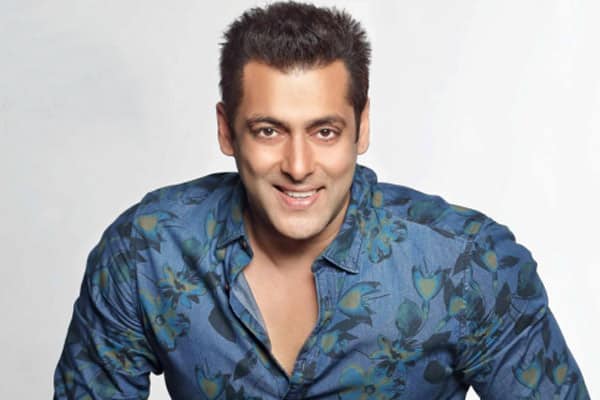 Star heroes always try to take the hard way to impress his fans and take an extra mile to bring reality on big screen. When action films are being made star heroes take the risk of performing stunts all by themselves with a body double and also filmmakers bring original weapons to bring authenticity into the film. A star hero is using 30 kgs gun in the shooting of his movie, below are the complete details.

Salman Khan is using MG 42 machine gun which weighs around 30 kgs in the filming of his upcoming film “Tiger Zinda Hai” and it’s the same weapon which was shown in the first look poster that’s released recently. As per unit sources, 5000 cartridges are fired in a three days time frame in MG 42 as part of filming for a single action sequence. There are many high intense action sequences and heavy weapons are being used for Tiger Zinda Hai film. So bhai fans get ready for breathtaking action experience film from Salman Khan for Christmas this year. 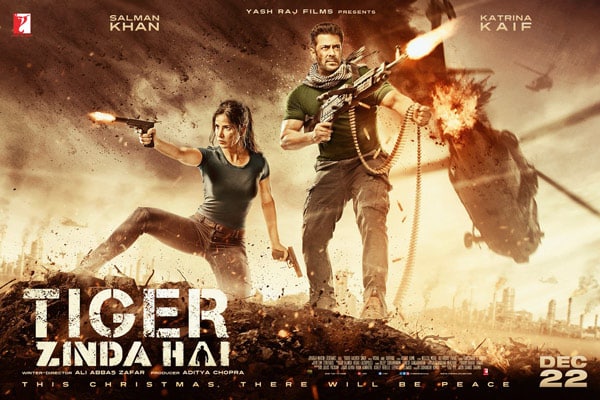 Every actor rises to stardom not only because of his movie success but also because of the unconditional love showered by his fans. As the years pass by superstar hero tends to do movies which will be liked by his fans and always try to match the expectations levels of their loved ones. Unlike South Indian film industry even Bollywood stars enjoy the loyal fan bases and superstars always give what his fans expect.

Salman Khan stands first in this category, he knows and stays cautions about his fan base. A few weeks back first look poster of “Tiger Zinda Hai” was released by it makers and it did not go positively with bhai fans. In order to make fans happy, Salman insisted to launch a brand new poster of Tiger Zinda Hai to Yash Raj banner. Now the second poster is released by the makers which feature Salman Khan is a perfect action background along with Katrina Kaif in it. Bhai fans all got pumped up now and the poster is going viral in interest. What’s your take on Tiger Zinda Hai poster, comment below.