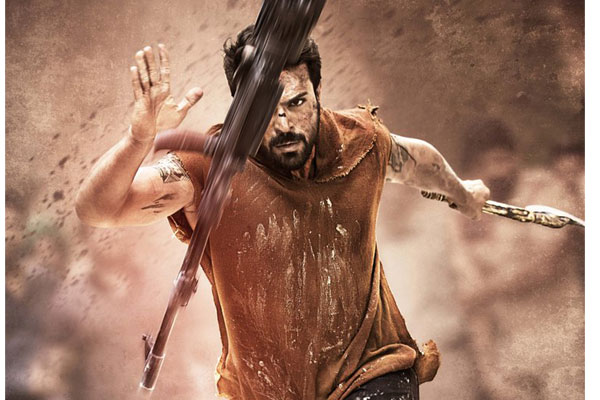 Mega Powerstar Ram Charan is all set to thrill the audience with a high voltage action packed mass entertainer that is directed by Boyapati Sreenu. The entire shoot of the film has been planned to be wrapped up by November and the makers announced that the film would hit the screens during Sankranthi 2019. On the eve of Diwali, the makers unveiled the first look poster along with the title of this prestigious big budget project.

As expected the film has been titled Vinaya Vidheya Rama. Ram Charan looks massy in the released poster which is a treat for his fans. The poster looks promising and Charan looks dashing in the released poster. Though there are talks that the makers will release a poster with Ram Charan’s traditional look, this turned out to be a surprise. Sources informed that the movie unit is said to thrill the audience with another poster tomorrow that will feature Ram Charan in a traditional look. Keeping an end to all the speculations, the makers clarified that the film is hitting the screens during Sankranthi 2019. Kiara Advani is the heroine and Devi Sri Prasad is the music composer. DVV Danayya is the producer of Vinaya Vidheya Rama. 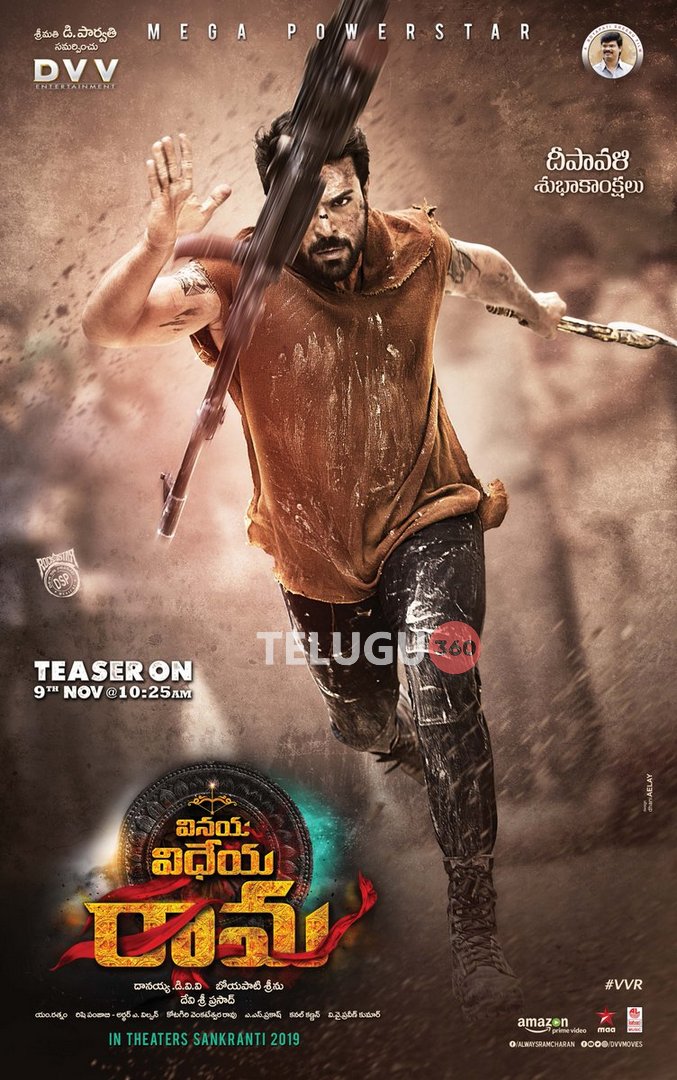