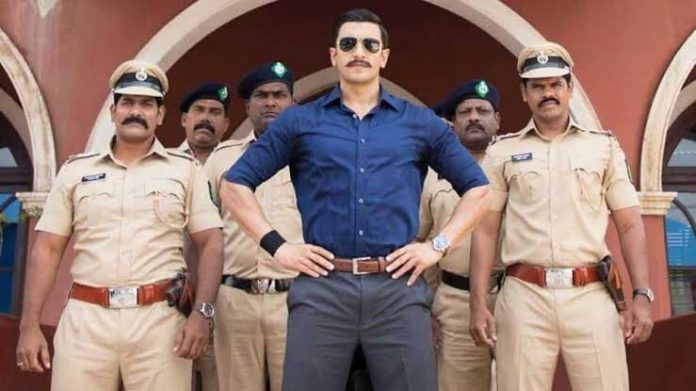 Temper movie which released in 2015 has put a full-stop to streak of flops and resurrected NTR’s career. NTR has won accolades for his performance but the film has ended up as an average venture at the Box-office. Now Hindi remake of the movie Simmba starring Ranveer and Sara Ali Khan released couple of days back is heading towards blockbuster at box office.

The film released on 28th December has actually received mixed to positive reviews from critics. However, like most of the films of director Rohit Shetty, who earlier directed Golmaal series, Singham, Bol Bachchan and Chennai Express, this movie also performing well at box office irrespective of critics reviews. The film is performing exceptionally well Mumbai (as it is a Maharashtra based film) & Gujarat (Rohit Shetty factor). The film has netted 96 Cr(122.8 Cr Gross) in the domestic markets & 162.7 Cr Gross Worldwide by the end of Monday.

Rohit Shetty retained original story of Temper but modified it slightly to suit it’s target audience. The director has made first half very entertaining with a chartbuster song like “Aankh Maare” unlike the original where many people felt it very loud. Overall, the movie is described as complete masala entertainer loaded with good dialogues, humour, emotion and high-octane action.