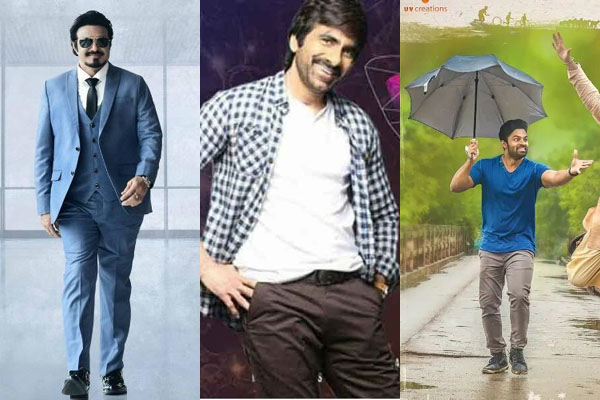 This is how it is going to look this Christmas 2019. The three stars will fight it out at the box-office. Nandamuri Balakrishna’s upcoming action-drama will announce its title and release date in a day or two. The film is likely to be released on December 20.

Maruthi directed Sai Dharam Tej starrer ‘Prati Roju Pandage’ was the first film to announce its release date as December 20. Ravi Teja’s ‘Disco Raja’ has also once again confirmed the date. At present, all these three movies will release on the same day – December 20.

Long weekend and Christmas holidays are the reason for these three movies getting released on the same day. All these movies are medium-range movies.