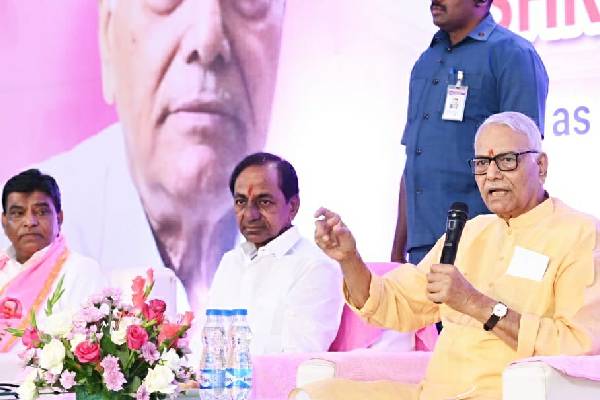 The arrival of Sinha created a sort of curiosity in the political circles as the chief minister led his party leaders and cabinet ministers to receive him from Begumpet airport to Jal Vihar guest house.

What is interesting here is that KCR extended support to Sinha though he did not attend the opposition parties’ meeting in Delhi. West Bengal chief minister Mamatha Benerji organised the first meeting of the opposition parties on June 15 for which KCR was invited. However, he did not attend the meeting citing the presence of the Congress in the group.

Maharashtra leader and NCP chief Sharad Pawar held the second meeting on June 21 with the opposition parties including the Congress. Though the TRS was invited, KCR opted out of the meeting. However, it is surprising to note that KCR had decided to back the Opposition parties’ candidate in the election knowing fully well that the numbers are not in their favour.

It is now to be seen if Sinha visits the neighbouring Andhra Pradesh or would leave from Telangana. Here in Andhra Pradesh neither the ruling YSR Congress nor the opposition TDP are in his favour. The YSR Congress had already announced its support to the NDA candidate, while the TDP is yet to make its decision.

The TDP has 6,457 votes for the electoral college with its 3 members from Lok Sabha, one from Rajya Sabha and 23 MLAs from the state Assembly. Either in the United Front or the National Front or even NDA, TDP chief N Chandrababu Naidu played a key role in the election of Presidents. Perhaps this is the first time that Naidu is in silent mode and it is to be seen whether he would go with the NDA or would back the Opposition parties’ candidate.