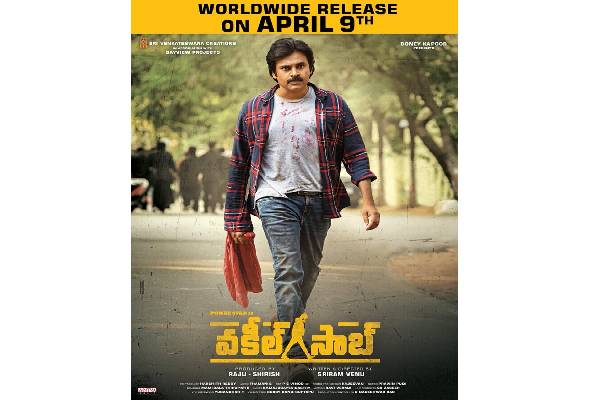 Powerstar Pawan Kalyan is making his comeback after three years to mainstream cinema. His comeback film is titled Vakeel Saab and is directed by Sriram Venu. Prakash Raj, Anjali, Ananya and Nivetha Thomas will be seen in other important roles in this court drama. The makers today announced that Vakeel Saab will hit the screens on April 9th across the globe. Pawan Kalyan looks dashing in the released poster of Vakeel Saab.

The shoot of Vakeel Saab is completed and the post-production work is happening at a fast pace. Thaman is the music director and Sri Venkateswara Creations, Bayview Projects are the producers. Pawan Kalyan will be seen in dual shades in this court drama that is carrying huge expectations.

The POWER is set to unleash on the BIG SCREEN🔥⭐