The charming young director Venky Atluri became talk of the town after his latest film Tholi Prema becoming a good hit. The film is gaining good appreciation from youngsters and also people who love sensitive romantic dramas. During an interview given for a popular newspaper, Venky himself spilled the beans on some interesting facts about the making of this marvel.

Apparently, the director wrote the script of Tholi Prema even before Varun’s release of Mukunda. He had a doubt that Varun Tej may not be suitable for love stories but after watching the actor in Kanche , he narrated the story to Varun and the latter immediately gave a word that he would do the film.

Venky was planning to have a new face as the female lead for this film but the producers wanted Raashi Khanna to play the role as she is well known to the audience. After getting a screen test done, Venky felt Raashi is the perfect person to play the character of Varsha. His collaboration with Thaman also worked wonders because the composer took it as a challenge to work on a classy love story. Incidentally, the song Ninnila was composed fourteen years ago and finally saw the light of the audience.

After a long hiatus, Venky is finally happy to get a good break through with Tholi Prema. Even director K.Raghavendra Rao personally called him to appreciate the film and the young director is obviously motivated to do more such feel good entertainers next! 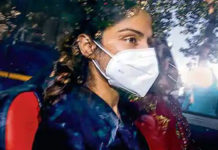