Victory Venkatesh is one actor who prefers to stay away from controversies and is a man with a golden heart. He is the one who brought back the culture of multi-starrers to Telugu cinema. He worked with actors like Mahesh Babu, Pawan Kalyan, Varun Tej, Ram and Naga Chaitanya in his career. During a promotional interview of Venky Mama, Venkatesh expressed his interest in working with all the young actors of Telugu cinema.

“I am ready to work with any actor if the right script comes to me. I keep discussing this with NTR Jr, Prabhas and Charan. I am eager and ready to work with any young actor. I am just dying to work with all these bunch of talented actors” said Venky. His next film Venky Mama is releasing this Friday. Bobby directed the film and for the first time Venky, Naga Chaitanya are working together for a film. 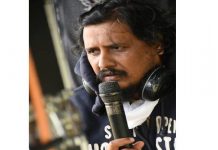