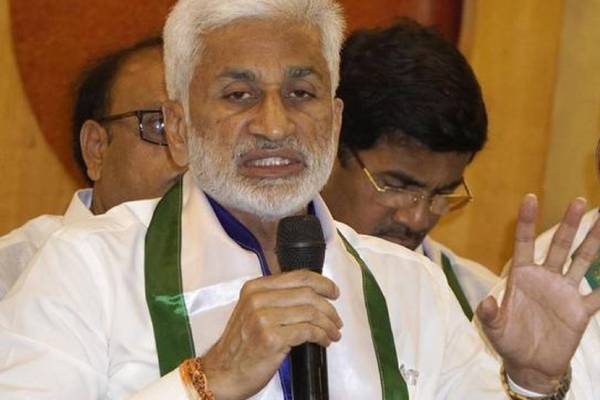 YCP firebrand MP VijayaSai Reddy triggered a fresh controversy on the start of Coronavirus vaccination in the State. He tweeted a comment that the ‘Corona teeka’ programme would be started from December 25. Counter comments started pouring in asking whether the Jagan Reddy regime was bent upon politicising even the Corona teeka programme by linking it with a festival day.

Only a few days ago, the State Government told the High Court of Andhra Pradesh that the vaccination would be taken up in January and February months. If the vaccination begins on December 25, most likely it would end before the end of January. Then, there would be no problem for conducting the local body elections in February. But, the Government told the High Court that the police and all departments would be busy with the virus vaccination in January and February. This was why the Government could not conduct the local polls in February as per the schedule of State Election Commissioner Nimmagadda Ramesh Kumar.

Within hours of posting his comment, VijayaSai deleted his twitter post on the vaccinantion beginning from December 25. But the damage was already done. The TDP began asking the Chief Minister for his explanation on the vaccination day.