Switch to: తెలుగు
Home Politics Vijayasai says TDP’s victory in 2024 is a daydream 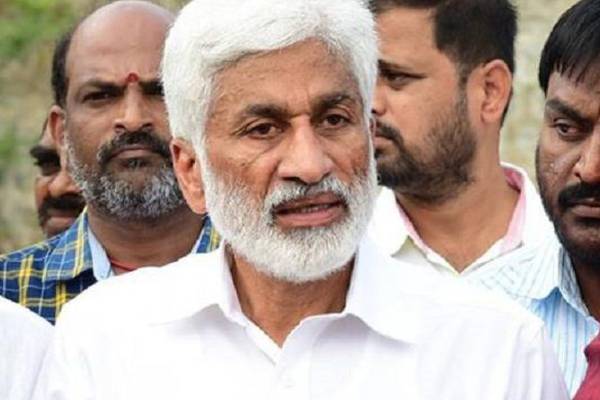 YSR Congress MP, V Vijayasai Reddy, in Delhi said that the opposition TDP was indulging in day dreaming of its victory in the 2024 general elections. He said that the TDP’s era is over and the people are not ready to buy the lies of Chandrababu Naidu.

Vijayasai Reddy said that Chandrababu Naidu and the ‘yellow media’ were trying to inject confidence among the TDP ranks about the party’s victory. They were also spreading false and fake news against the government and the YSR Congress Party to prepare the voters against Jagan Mohan Reddy, he said.

Stating that people in the state have confidence in the leadership of Jagan Mohan Reddy, the MP asserted that the YSR Congress Party’s popularity among the people had increased in the last three years. He said that the party had lost the 2014 elections by 1.68 per cent votes. The party had won 67 MLA seats in the house of 175 MLAs, he said.

However, the TDP had lost in the 2019 elections by a margin of 10 per cent votes and had won just 23 MLA seats. He said the TDP is not in a position to retain the 23 seats in the next elections. He also cited the results of the local body elections held in 2021 and said that people in the strongholds of the TDP have voted for the YSR Congress.

Vijayasai Reddy further cited the TDP’s defeat in Kuppam Assembly constituency which is represented by TDP chief N Chandrababu Naidu. He advised the TDP leaders to stop indulging in day dreaming and pack their bags.