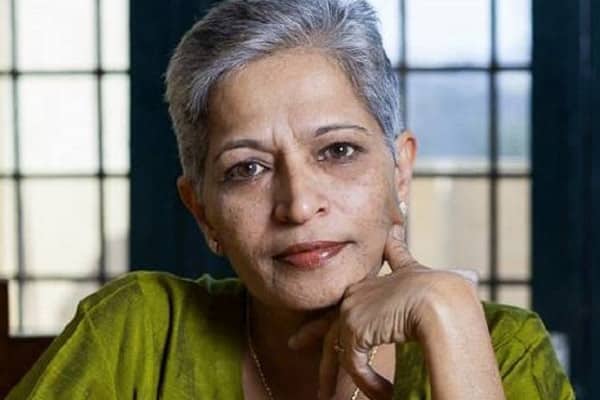 The family of slain journalist-activist Gauri Lankesh on Thursday said they would wait for the Special Investigation Team (SIT) to find the culprits and would only approach the court if it fails.

“We will give all the cooperation the SIT needs,” Lankesh’s sibling Indrajit Lankesh told reporters here at a press conference. “We will wait for the SIT to give us information and clues on the killers.”

Lankesh, 55, editor of popular Kannada tabloid Gauri Lankesh Patrike, was shot dead at her Bengaluru home by three unidentified assailants on Tuesday night. Seven shots were fired at her, of which two hit her in the chest and one in the forehead.

“The CCTV footage has found the image of the killer. The police can find some clues through her phone as well,” he said.

“We have known (Karnataka Chief Minister) Siddaramaiah on a personal level and our mother (Indira Lankesh) has also requested him to ensure justice to Gauri.”

“But if the SIT fails to find her killers, then we will approach the court and think of a Central Bureau of Investigation probe,” he said.

“Our motive is not just to find the killers but to know who was behind the killing,” said Gauri’s sister, Kavitha Lankesh.

“Gauri’s death should not be politicised,” the siblings added.

“She had no personal enmities, only ideological adversaries,” Indrajit said. “She was condemning right-wing extremists through her publication, which might be the reason for her murder.”

“However, other intentions cannot be ruled out,” Indrajit said.

“People are branding her as a Naxalite, but she was only trying to bring them into the mainstream,” he added.

An SIT was constituted on Wednesday after Siddaramaiah’s meeting with the state’s top police officials.

It was announced that the SIT would be headed by Inspector General of Police B.K. Singh.

Gauri was the daughter of renowned Kannada journalist P. Lankesh, who had started the publication of the Lankesh Patrike in 1980.

Both her siblings Indrajit and Kavitha are filmmakers in the Kannada film industry.

After the senior journalist’s killing, political parties were seen blaming one another for it, amidst widespread protests across the country, condemning the murder.