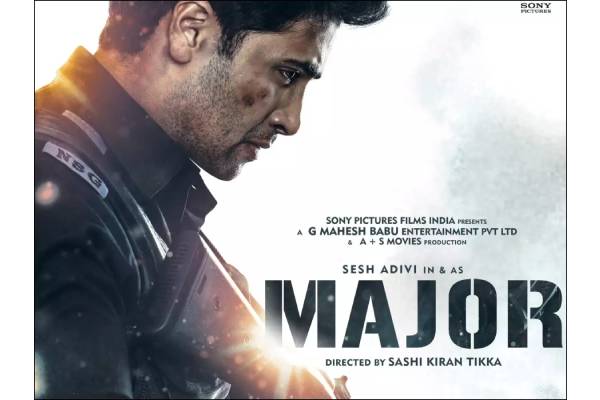 RRR and KGF: Chapter are the films made by South Indian filmmakers and actors. Both these films made a massive impact and they ended up as super hits in all the released languages. RRR and KGF: Chapter 2 raked massive revenues across North India when the entire Hindi belt is struggling. Bollywood failed to deliver a super hit this year but two South Indian films emerged as major money-spinners. The next pan-Indian release would be Major which has Adivi Sesh in the lead role. The film is the life story of Major Sandeep Unnikrishnan and the film is shot simultaneously in Telugu and Hindi languages.

The teaser and the promotional content looked brilliant and all eyes are now focused on the trailer that will be launched on May 9th. The insiders who watched the trailer and the content of Major are heaping praises on the team. Major will have a grand and wide release in Hindi and the film has a high chance of ending up as a super hit. The film is directed by Sashikiran Tikka and it has Adivi Sesh, Saiee Manjrekar, Shobita Dhulipala, Prakash Raj and Revathi in the lead roles. Sony Pictures India, GMB Entertainment and A + S Movies bankrolled Major.