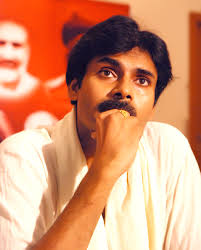 ‘Power-star’ Pawan Kalyan announced that he was descending down from twitter to the farm lands of Betapudi, Penumaka and Undavalli. He tweeted he was going to meet the farmers of these villages and other villages in the catchment area of River Krishan.

The actor, however, expressed dismay at the sarcastic remarks of finance minister Yanamala Ramakrishnudu and said the minister heckled his efforts to carry forward the cause of the farmers instead of responding with wisdom.

Pressed to the wall, Pawan has given a fitting retort to finance minister, who tried to defend government acquisition of fertile and multi-crop lands for the purpose capital construction.

While Pawan is for sparing these lands from being acquired as they are uniquely fertile, finance minister argues, if you want development you need to bear the loss. By comparing the development of Film city in Hyderabad with development of Capital city in Guntur district, Finance minister, pushed the wrong button in his enthusiasm by stating that government collected lands from farmers and assigned them to film industry in Jubillee Hills.

Pawan cried foul. He said the lands given to the film industry were no way comparable to the lands of Betapudi, Vundavalli and Penumaka, where three crops were raised.

“Finance minister may not be knowing that the lands assigned to the cinema industry in Hyderabad were hillocks and not the fertile farm lands,” he tweeted.

He said, ” If we know in advance that what is being built is heaven, we can tell if it is a heaven or a suspended misery between earth and sky.”

He clarified he had no studios on the hills of either Hyderabad or Vizag.