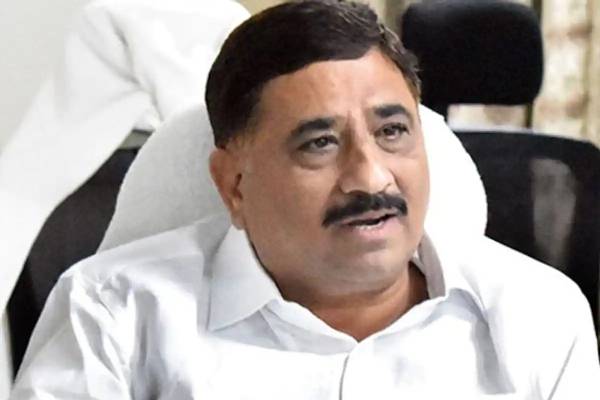 Telugu Desam Party (TDP) politburo member and former minister, Kalva Srinivasulu, on Wednesday came down heavily on YSRCP saying that the ruling party leaders are looting the natural resources in the State for the past three years.

Srinivasulu told media persons at the party headquarters here that costly minerals like granite are being illegally grabbed in Rayalaseema region under the directions of none other the Cabinet Minister, Peddireddy Ramachandra Reddy. Even qualified businessmen in mining are not allowed to enter this business by the YSRCP leaders, he added.

The former minister said that the iron ore mines in 25 hectares near H Siddapuram Tanda on the border of Obulapuram village, closer to Bellary on the border district of Ananthapur are allotted to Andhra Pradesh Mineral Development Corporation (APMDC) through a gazette notification. Later, a private contractor from Telangana was allotted these mines through the APMDC, he said.

“Had the iron ore mines been allocated to Kadapa Steel Plant they would have been diverted to captive mining in the name of the same steel plant,” he said. But through APMDC, a major contractor from AMR Company grabbed this and an agreement has already been entered into, Srinivasulu stated.

The YSRCP leaders are almost ruling the roost in the mining sector, including sand, the TDP politburo member remarked and expressed serious concern that there is no one to stop this looting as a Minister’s hand is suspected in this. The former minister termed this as the part-II of Obulapuram mining scam.

The TDP wants to know as to why there is absolutely no Government supervision on this, he said and asked as to why the iron ore mines are not allotted to Kadapa Steel Plant under captive mining. Srinivasulu said that the whole treasure is being diverted through backdoor and the latest gazette notification corroborates this.

The TDP, with the support of the locals, will soon launch an agitation to bring an end to this robbery, as it is the primary responsibility of every citizen to ensure that the local treasures are not subjected to looting, Srinivasulu said. A petitioner has filed a complaint before the Raidurgam court that the iron ore stocks seized by the Central Bureau of Investigation (CBI) were later sold illegally and this happened after Jagan Mohan Reddy became the Chief Minister, he said. Any material seized by the CBI cannot be illegally marketed unless some top persons are involved in it, he observed and suspected the hand of the Raidurgam MLA, Kapu Ramachandra Reddy’s, hand in it.

The TDP demands that this kind of looting of public property be stopped immediately, he said and added that the TDP will stand by those who join this war against robbery. The State Government should take urgent measures to put an end to this, he added.