Switch to: తెలుగు
Home Politics Jagan hints at dropping 27 MLAs for next election 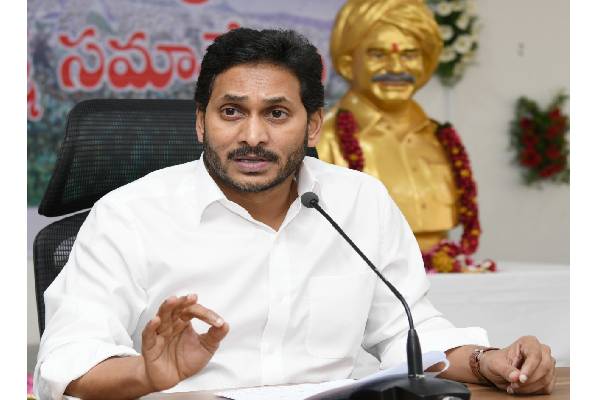 Chief Minister and the YSR Congress president, Y S Jagan Mohan Reddy had given a clear hint on dropping at least 27 MLAs, including three ministers, for the 2024 general elections. He told them that these MLAs have black marks on their performance and have not improved their performance despite repeated warnings.

The chief minister held a meeting with the Ministers and the MLAs at his camp office at Tadepalli, after he came from the Tirupathi visit. He was said to be very strong and hard hitting at the MLAs who have participated in the door to door campaign of the party only for 17 days in the past 70 days.

The chief minister held three rounds of such meetings with the party MLAs after the launch of the door to door campaign. He had given enough hints to the MLAs during these meetings and told them to shape up.

The chief minister found that the MLAs were not going to the people and had lost contact with the party workers. He told them that winning all 175 Assembly constituencies is his target and reiterated that he would not spare anyone on this count.

Sources said that the chief minister had given a final warning to these 27 MLAs at the meeting and took them to task for not participating in the door to door campaign.