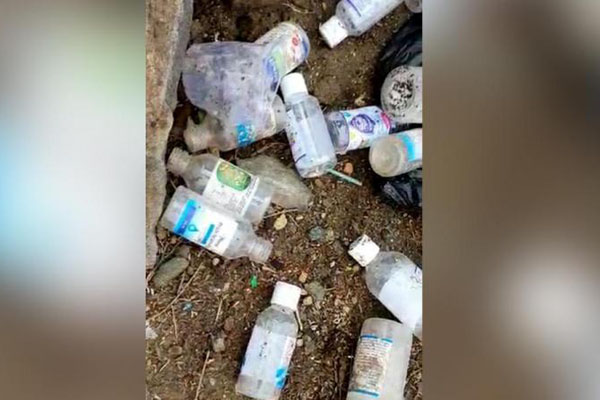 In a most unfortunate incident, at least 10 people have died, some in critical condition, after ingesting hand sanitizers in Kurichedu of Prakasam district in Andhra Pradesh.

Preliminary investigations reveal that those who died were addicted to alcohol. Police were of the view that the deceased could have consumed sanitizers after liquor sales were banned due to recently imposed lockdown in Kurichedu due to a spike in Covid-19 cases.

Police in Kurichedu said the people had been consuming sanitizers mixing with soft drinks for the past few days. Those who succumbed include beggars and rag-pickers.

Two died while undergoing treatment at a government hospital in Darsi town in Prakasam. One was found dead at the spot where he consumed sanitizers.

Six others who fell ill after allegedly consuming sanitizer, succumbed on Friday morning. Some are undergoing treatment at their residences in the village, the police said. Investigations are still on whether they consumed sanitizers or toddy.

Hand sanitizer contains ethanol or isopropyl alcohol. Health experts say there is a dangerous new trend where desperate alcoholics are consuming hand sanitizers, resulting in poisoning cases. The lockdown and the ban on liquor sales have led some people to take desperate consumption of sanitizers. The Andhra Pradesh government had banned the sale of alcohol for three months during the lockdown period and later lifted the ban as the country shifted to unlock mode.