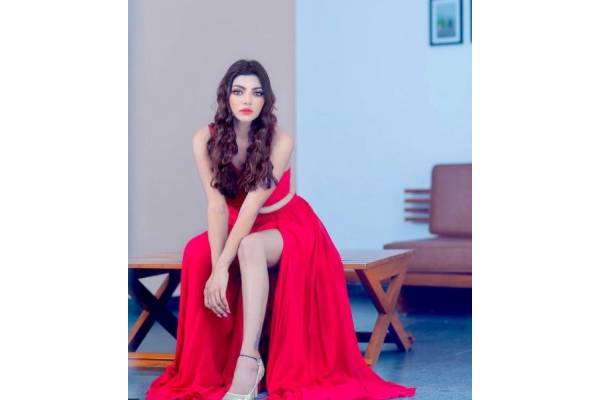 Anchor and actress Lahari Shari, who was eliminated from the Bigg Boss Telugu 5 house in the third week, is apparently set to make a re-entry on the reality show. Fresh reports suggest that the makers of ‘Bigg Boss’ are planning to use their ‘Wild Card’ option to send Lahari Shari into the house yet again.

Lahari, who is a noted TV anchor also appeared in movies, of which ‘Arjun Reddy’ brought her instant fame. Lahari’s stay in the ‘Bigg Boss Telugu’ house had all the other contestants think she would be one of the top contestants in the race for the finale.

But Lahari’s unfortunate elimination had her leave the show in the very early stages. The viewers also expressed their dissatisfaction over eliminating a potential winner of the show. So, the makers who have made a survey about Lahari’s eviction, are keen on bringing her on board in the coming days, as per the reports.

Now that these reports are coming out, Lahari is to be seen in a blasting re-entry soon. Lahari had a cute bond with one of the top contestants Manas, while she also had a bond built with anchor Ravi, by the time she had to leave the reality show.

Lahari was eliminated after she was nominated by actress Priya and the reason she quoted for nominating Lahari was ‘because she was spending much time with the men rather than women’. Though this statement by actress Priya grabbed much negativity, Lahari had to the price.

Well, as the glamourous actress Lahari is to be back on the show, how things would work in the house is to be seen.