Actress Adah Sharma, last seen on screen in “Commando 2”, says she is excited to be roped in as one of the judges for the southern edition of popular dance show “Nach Baliye”.

Having already shot for the first episode of the show, she says the experience has been amazing.

“I’m very excited to be a judge on this show. I have only done four films in Telugu and to get such an opportunity so early on in my career is awesome. I owe it all to the audience and thank them for making me so popular,” Adah said in a statement.

She is a fan of dance-based reality shows.

“I love watching all the dance reality shows from ‘So You Think You Can Dance’ to ‘Nach Baliye’ and ‘Jhalak Dikhhla Jaa’. My favourite judge is Karan Johar; he is very entertaining and I have told that him too,” she said.

Adah will also be seen in “Commando 3”. 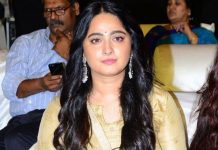