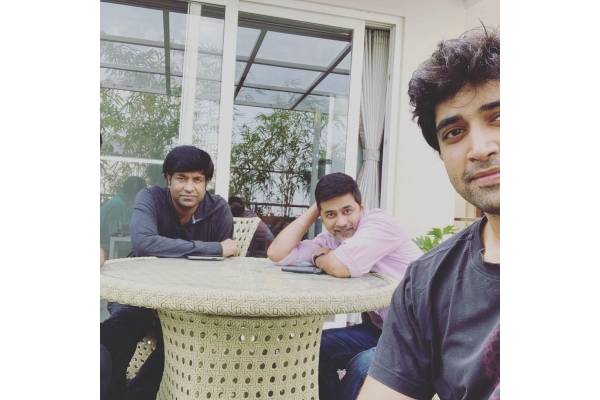 Telugu actor Adivi Sesh took to Instagram to convey a birthday wish to his actor friend Rahul Ravindran on Wednesday.

Sesh uploaded two pictures of himself with Rahul, along with two of their close friends — actor Vennela Kishore and “Saaho” director Sujeeth.

The four of them often refer to themselves as Musketeers.

Sesh captioned the pictures as: “@rahulr_23 Happy birthday ra. Words fall a bit short so I can only say this. You truly have the best heart of anyone I know. My brother. @vennelakish @sujeethsign #Musketeers 4eva.”

Rahul, who is married to singer Chinmayi Sripada, will next be seen in Telugu film “Shyam Singa Roy” and the Tamil untitled remake of Malayalam film “The Great Indian Kitchen”.

Adivi Sesh has “Major” coming up besides “Hit 2” and “Goodachari 2”.