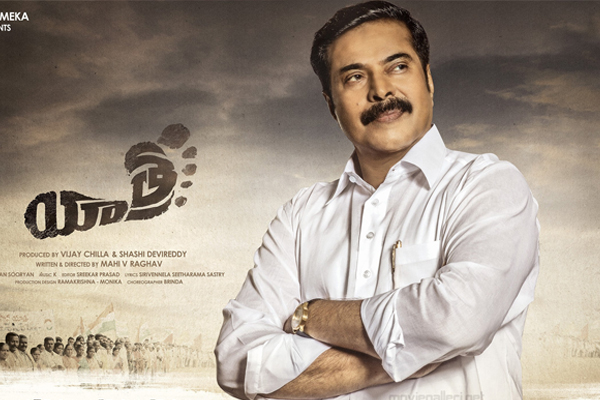 The first installment of NTR’s biopic titled NTR – Kathanayakudu released during Sankranthi and received positive word of mouth, but the collections have been quite disappointing. The cinematic charishma and huge fan base of NTR across all the sections of audience could not help the film get decent revenues. Now YSR’s biopic Yatra is all set to hit the screens next month.

Yatra seems to be a documentary and focuses completely on the foot march of YSR from 2004. The film is expected to be plain without any emotional drama and is struggling hard to gain buzz. After NTR – Kathanayakudu ended up as a dud, Yatra will sure face tough time and challenges at the box-office. Some of the local buyers and exhibitors who showed interest on Yatra initially backed out of the project this week after NTR – Kathanayakudu ended up as a disaster. We have to wait to see how the film fares at the February box-office.