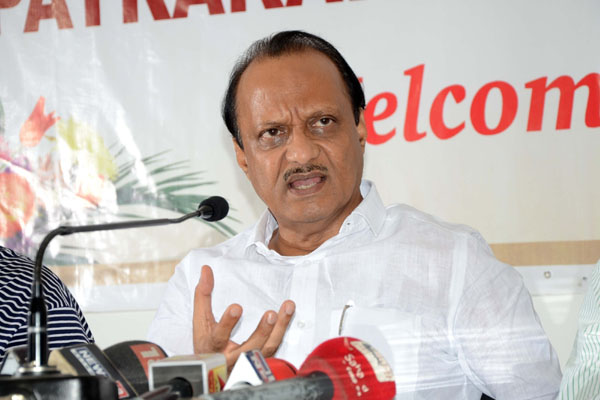 The ACB has closed the investigations into at least nine cases in which Ajit Pawar was allegedly involved – though it is not clear if he was directly named in them – on the first day of the new government taking office on Monday, 48 hours after it was sworn-in early on Saturday.

Director-General, Anti-Corruption Bureau, Parambir Singh, however, maintained that “none of these cases closed today pertain to DCM Ajit Pawar”.

These nine files pertain to big and small irrigation projects in Washim, Yavatmal, Amravati and Buldhana under the Vidarbha Irrigation Development Corporation (VIDC) for the Vidarbha region, according to a notification issued by the ACB, Mumbai.

These cases, among others – collectively known as the infamous Rs 70,000 crore ‘Irrigation Scam’ and allegedly perpetrated around 10 years ago – had created a massive political furore in the past.

Ajit Pawar was then handling the Irrigation Department in the Congress-Nationalist Congress Party alliance government, and then opposition parties like the Bharatiya Janata Party, the Shiv Sena, the Aam Aadmi Party and others raised it regularly to put the government on the mat.

The ACB is investigating around 3,000 complaints related to tenders in irrigation projects, in which two dozen FIRs have been registered and are being investigated as before, and the files closed on Monday are only nine routine cases, ACB officials said.

The officials also said that Monday’s closures are conditional and the files could be reopened if more information comes to light during investigations or on a court order for further probes.

The Vidarbha Jan Andolan Samiti (VJAS) has taken strong objections to the sudden closure of these alleged scam cases with a threat to launch an agitation and also counter it legally.

“In these nine cases alone pertaining to the VIDC matters, there are very serious allegations of misuse or siphoning off of over Rs 9,000 crore. After so many years, how can they be abruptly closed?” VJAS President Kishore Tiwari told IANS.

He said that the manner in which it has come two days after the new government led by Chief Minister Devendra Fadnavis and Deputy Chief Minister Ajit Pawar was sworn-in, itself makes the ACB’s move “very suspicious” and would be challenged at all levels.