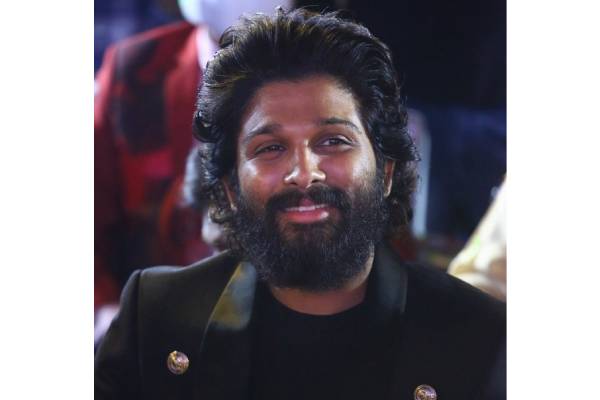 Stylish Star Allu Arjun’s upcoming movie Pushpa is hitting the screens on December 17th. A grand pre-release event took place last night and Allu Arjun congratulated the team of Akhanda for the tremendous success of the film. He congratulated Balakrishna, Boyapati Sreenu, Thaman and Miryala Ravindar Reddy for the super success. He said that the success of Akhanda brought a new boost for Telugu cinema. I want to take the stage to congratulate them told Allu Arjun. He also wished the upcoming movies Shyam Singha Roy, RRR, Bheemla Nayak and Radhe Shyam all the best.

Directed by Sukumar, Pushpa is the costliest film made in Allu Arjun’s career. Mythri Movie Makers are the producers and DSP scored the music, background score. Allu Arjun thrilled his fans by speaking in a Rayalaseema accent. Fahadh Faasil is the lead antagonist in this action thriller and Rashmika Mandanna is the leading lady. Sunil and Anasuya will be seen in other important roles.