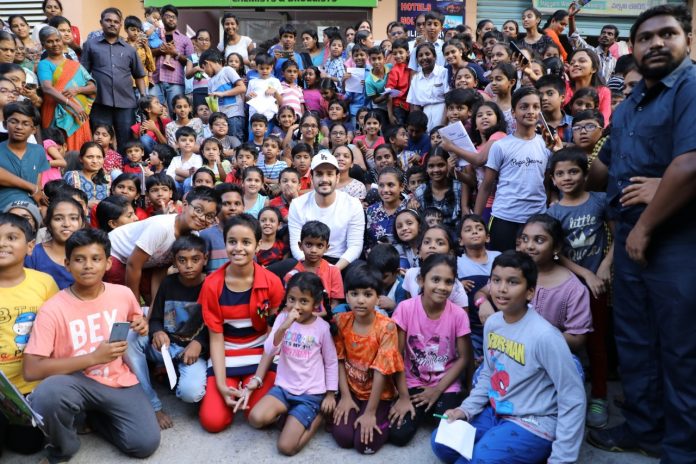 After biding time for nearly seven months, Akkineni Akhil has finally commenced shooting for his next project. This untitled film marks the return of director Bommarillu Bhaskar after a brief hiatus. The first schedule is happening in Hyderabad and the team is shooting some family scenes at present.

Telugu360 has exclusively learnt that Akhil will be seen as a youngster from a upper middle class family in this full length romantic entertainer which is said to be laced with a good dose of emotions. On the first day shoot, Akhil is very surprised to see many kids waiting for him on the location and he spent quality time with them all after wrapping up his part. Much to their excitement, Akhil posed for photos with these kids.

The female lead of this much awaited film is yet to be finalized. Ace producer Allu is presenting the film on Geetha Arts banner. Bunny Vas is the producer. Gopi Sundar is composing the soundtrack.