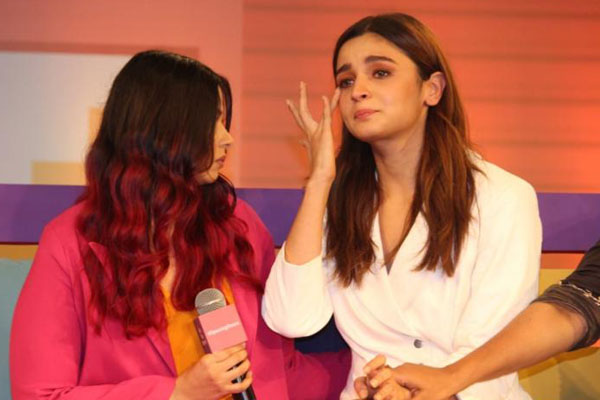 Bollywood beauty Alia Bhatt was badly trolled during her initial days. But her choice of scripts and her performance made her sit on the top now. Alia Bhatt is one of the highest-paid and busiest Hindi actresses currently. During a recent event, Alia Bhatt lost her control and broke down into tears when she was talking about her sister Shaheen Bhatt’s battle for depression. Shaheen Bhatt penned the book ‘I’ve Never Been (Un)Happier’ and Alia, Shaheen made their appearance at Barkha Dutt’s We The Women event.

Alia Bhatt broke into tears recollecting about the depression phase of her sister. “It was terrible to see my sister like that. I believed that she is the most brilliant person in my family. I was sensitive but I feel guilty for not understanding my sister at that time” said Alia Bhatt and broke into tears. Alia Bhatt took her Instagram to share about the book saying that she is proud of her elder sister Shaheen.