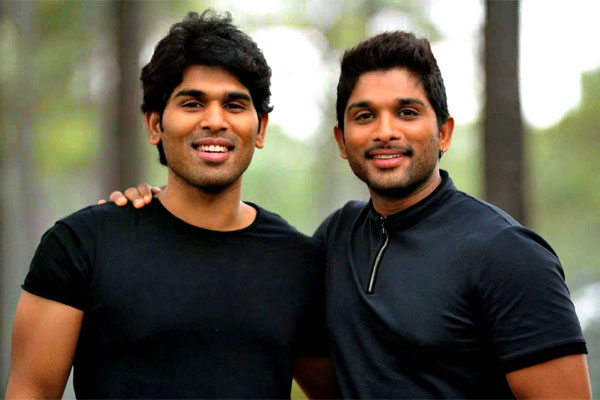 Allu Sirish is one actor who has been struggling to deliver a decent hit from the past few years. Though he hails from a big family, the actor’s films have been badly rejected by the Tollywood audience. He has been listening to scripts from some time but he wasn’t impressed with any script. His father Allu Aravind is quite busy launching his own OTT platform and is also occupied with several projects lined up in Geetha Arts. Sirish’s elder brother Allu Venkatesh is all set to make his debut as a producer with Varun Tej’s boxing drama which will roll next year.

It is heard that Stylish Star Allu Arjun took the responsibility to relaunch Allu Sirish next year. Bunny’s team is busy finalizing a script for Sirish and the hunt is on. If things are finalized, the project will start rolling next year and Allu Arjun will personally monitor the happenings right from the script. Allu Sirish is all excited to start his next at the earliest. The actor is on a break after the debacle of ABCD.