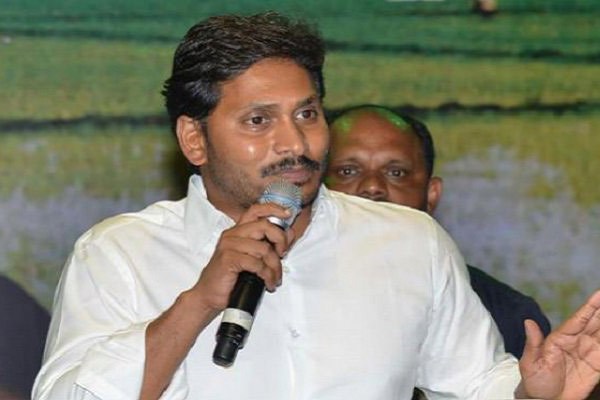 Addressing a news conference in the national capital, he said Naidu and his “benamis” (proxies) purchased vast tracts of lands at throwaway prices in Amaravati by misleading people that the state capital will come up at other places.

Terming it as a sensational scam, Reddy said the lands of Naidu and his “benamis” were also exempted from land pooling under which lands of farmers and others were acquired.

“Even under the land pooling, he paid compensation to whoever he wanted and at whatever rate he wanted,” said Reddy, who was in Delhi to meet Prime Minister Narendra Modi.

Reddy’s YSR Congress Party stormed to power in the state with a landslide victory on Thursday, winning 151 seats in the 175-member Assembly.

Jagan, as the YSRCP leader is popularly known, is set to take oath as the chief minister on May 30.

He said he would look into the scams that happened during Telugu Desam Party (TDP) rule. “I have nothing against Mr Chandrababu Naidu but as the chief minister I am the custodian of the state.”

He also announced that wherever scams had taken place, he would cancel those works and go for “reserve tenders” to award the works to the lowest bidder after ensuring participation of more number of bidders in the tender process.

“We will tell people where the scams were happening and how much public money we are able to save.”

About the Polavaram project in which TDP government faced allegations of corruption, Jagan said he would cancel the works wherever irregularities were committed. He said completing the project in a time-bound manner with the Centre’s support would be his priority.

On his poll promise of prohibition, Jagan said this would be implemented in a phase-wise manner. Stating that his poll manifesto is like a holy scripture for him, the YSRCP leader said he would seek votes in 2024 only after limiting the sale of liquor to five-star hotels.

He said after the swearing-in, he would hold department-wise reviews and release white papers so that people know the factual position of every department.

He vowed to provide corruption-free governance.

“I promise that our government will be revolutionary. In six months to one year, we will stand as exemplary to the whole country,” he said.

Asked about illegal assets cases against him, Jagan said the massive mandate proved they were politically motivated. He pointed out that the petitioners in these cases were Naidu, his TDP men and Congress leaders.

“These cases were filed only after my father’s death and after I left the Congress,” said Jagan, who spent 16 months in jail.

The YSRCP leader said when his father Y. S. Rajasekhara Reddy was Chief Minister, he never stepped into the state secretariat.

“I never phoned a minister or a secretary and I was not even in Hyderabad. I used to come to Hyderabad once in a month to see my parents.”