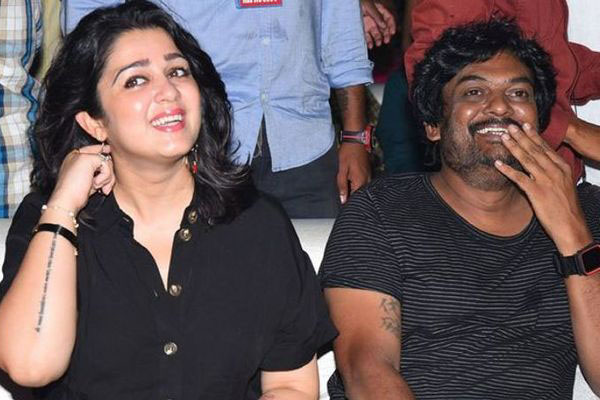 Tollywood director Puri Jagannadh and actress Charmme Kaur turned thick friends at a point of time and they are now producing films jointly on Puri Jagannadh Touring Talkies banner. There were several speculations about their relationship but none of them responded about it. A person from the industry who is quite close to Puri and Charmme revealed the real incident which made them thick friends. Puri Jagannadh is known to have tasted several lows in his career.

“At one point of time, after a series of debacles, several actors stayed away from Puri. Even his close friends kept ignoring and never responded to Puri’s calls. Charmme without second thought stood as support for Puri. When Puri was running bad with finances, Charmme is the only person who helped Puri. She even invested her savings in the film ‘Jyothi Lakshmi’.Though the film ended up as a disappointment, the actress never took them back. Puri soon after he received the remuneration for his next project returned the amount to Charmme but the actress never accepted the money. It is then, Puri joined her as his partner in the production house. It was an emotional moment when Charmme stood by Puri when no top actor or Puri’s close friends responded” said the person about their friendship.

Charrme is now handling the production responsibilities of Puri Jagannadh Touring Talkies and Puri Connects with utmost perfection. Thanks to Charmme, Puri Jagannadh is completely focused on direction and has no mood to look at production.