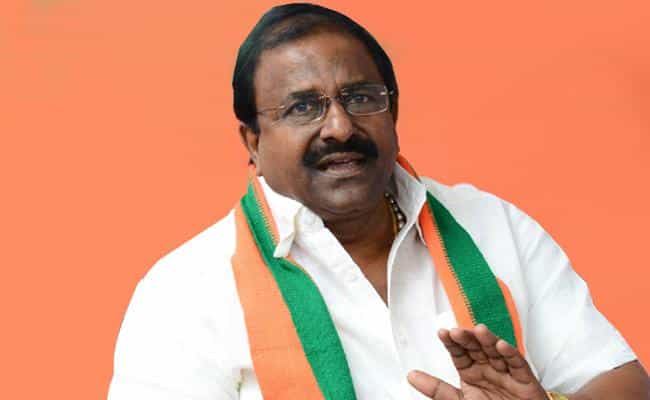 “Looks like this government is also thinking that Polavaram is an ATM just like the last government,” alleged Veerraju.

On Monday, Veerraju inspected the Polavaram project along with a team of BJP leaders.

He claimed that the state government is wasting time by taking the name of Polvaram without the motivation to actually complete it.

“Instead of correctly estimating the cost of Polvaram and getting reimbursements from the Centre, they are always raising the estimates, talking about reverse tendering and fooling people,” the BJP leader alleged.

According to Veerraju, the Andhra Pradesh government is also exhibiting negligence with respect to doling out a package for the Polavaram evacuees and their resettlement.

“This is not correct, if needed, BJP will take up a movement for the sake of evacuees until they get complete justice. We will take this matter to the elders in the Central government,” Veerraju added.

Veerraju claimed that the Centre has given Rs 11,000 crore for Polavaram project and until now the state government has stated spending Rs 7,000 crore for building the dam and Rs 4,000 on the evacuees.

“From now onwards, AP BJP is demanding that all the money allocated should be equally divided for the dam construction and on evacuees,” he added.