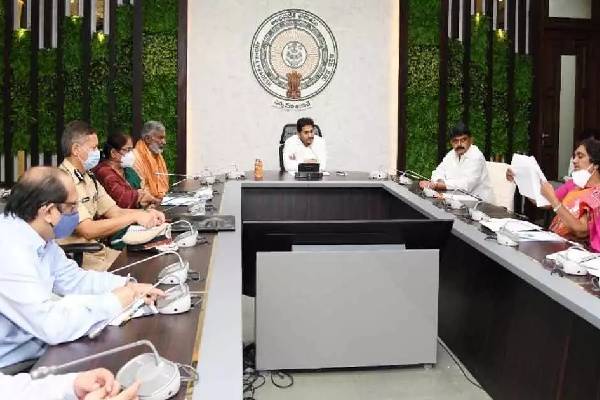 The Andhra Pradesh cabinet which met in Amaravathi on Friday (today) under the chairmanship of Chief Minister YS Jaganmohan Reddy has approved new PRC scales to employees as it is from this month even as the employees unions and teachers unions are on a warpath against the government over ‘reverse PRC’.

All the employees unions and teachers unions came together under the banner of “PRC Sadhana Samithi” and took this decision. The Samithi met in Amaravathi on Friday (today) to decide their future course of action.

It was decided to meet AP chief secretary Sameer Sharma on Friday (today) and urge him to extend old PRC pay scales to employees and not new PRC pay scales announced by the state government recently. Employees said that they will get lower salaries if new PRC scales are implemented.

It was also decided to hold rallies and dharnas against new PRC from January 25 in all the districts across the state.