The new ticket pricing GO for movie tickets came as a rude shock for the film fraternity. The ticket prices are slashed badly that most of the exhibitors decided to shut the screens till the prices are revised. There are talks that a group of Tollywood celebrities will meet AP Chief Minister YS Jaganmohan Reddy to discuss about the issues but the meeting never happened. The government of Andhra Pradesh issued a Government Order announcing a movie ticketing portal that will be run by the state government.

The government after careful examination of the sale of tickets in cinemas decided to develop a portal for online ticket booking for movie tickets. The online ticket system will be managed by the AP State Film, Television and Theatre Development Corporation. A committee is formed to finalize and launch the online ticketing portal soon in the state. This would be a good move to keep transparency in the ticketing system and the prices. But before this, the prices have to be revised for the exhibition industry to survive. 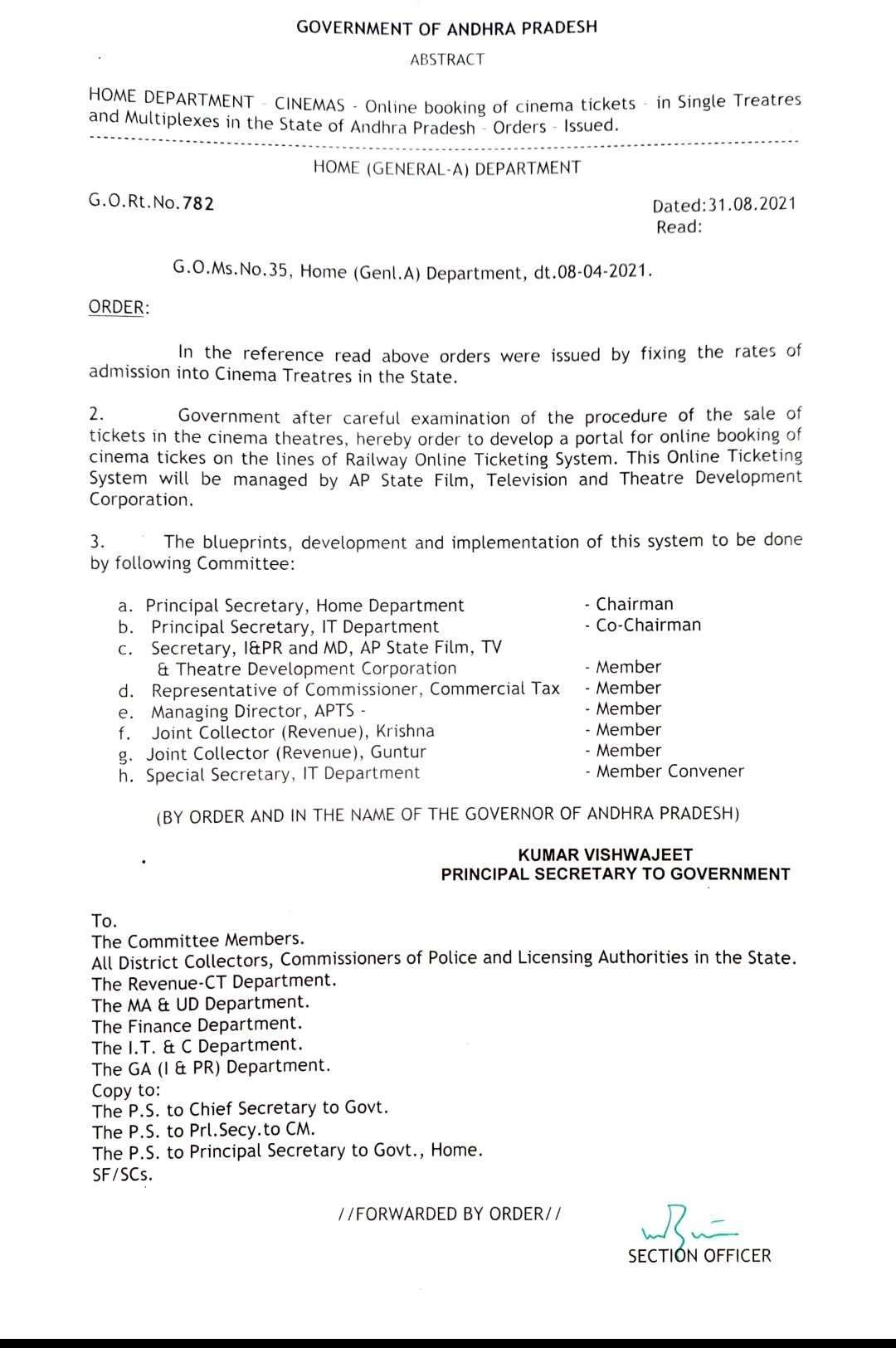