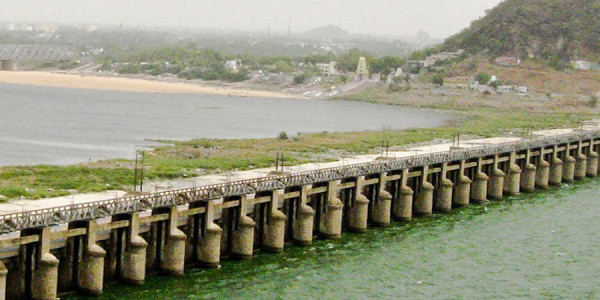 Andhra Pradesh government has put the shifting of capital to Vijayawada on fast track. The government now wants Vijayawada play the role of full fledged capital from January 1,2016. “Hyderabad will not be more than an outpost of Andhra Pradesh administration,” a senior official commented.

Plans are afoot to address the all issues raised by the government employees which are stopping them to move to Vijawayada. The idea is that, from New Year’s day onward, Hyderabad should not be more than a nominal capital for Andhra Pradesh. The issues raised by the employees- local-nonlocal problme of children of government employees and the housing- are being tackled on priority basis.First, the government will soon request the centre to amend the presidential order with divided the erstwhile Andhra Pradesh into zone for the benefit of employees. Just as the centre transferred the seven mandals from Khammam to Andhra Pradesh to facilitate Polavaram project, state government expects the Modi government would also amend the presidential order if necessary within hours. This issue is going to be priority one in the Modi-Naidu meeting agenda on August 20.

According the Finance Minister Yanamala Ramakrishnudu chief minister Naidu is getting ready to request the centre to bring changes in the zonal system, which was incorporated in Article 371 (D).

“We want the Centre to scrap the zonal system as it has no relevance in the reorganised State,” he said.

The arrangements being made to shift the base to capital region.

1. The government identified about 6.75 lakh sft. office space in Vijayawada, Guntur and Nuzvid to relocate the Heads of Departments (HoDs).

2. In Guntur city along as many as 19 buildings have been identified with about 1.5 lakh sft office space.

3.About 3.78 lakh sft have been identified in Vijayawada city.

5. Government may need to relocate about 25,000 employees from Hyderabad, to the new capital region.

6. 252 apartments in Vijayawada-Guntur and 31 villas in Mangalagiri identified for providing accommodation for ministers and AIS officers.

7. 53 suites in Tilottama Hotel in Vijayawada earmarked for for officials.

8. 25 cottages and 25 suites identified in government guest house in area.