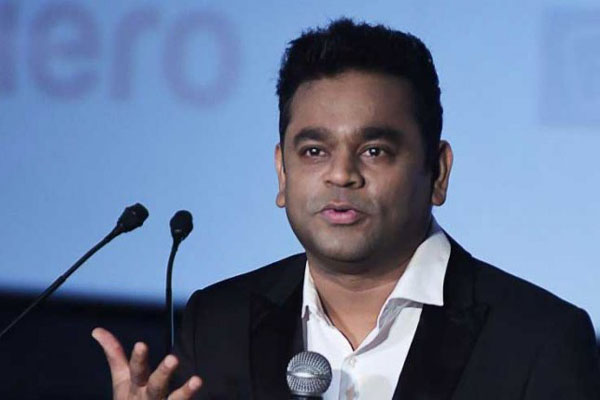 Oscar-winning composer AR Rahman feels although the world is going through a socio-political turmoil, and every second person is expressing political opinion in an aggressive manner, he chooses to channelise his energy in making music, stories and art that can bring about a positive change in the mind of the youngsters.

The Indian music maestro is all set to take a new step in creativity. He makes his debut as scriptwriter and film producer with the upcoming musical film, “99 Songs”.

“I am politically illiterate by choice, because I rather invest my energy to create what I am creating. One of the reasons why I am making films, music and training kids in music is to offer them a space that they can explore away from politics, violence and all things that are negative. I see how everyone is getting into some political opinion and it is a grey area. It is complicated and probably I won’t be able to articulate my thoughts as correctly as I can do it through music. For me, serving humanity through art — that heals people, that is spiritual — is more important when there is too much aggression out there,” Rahman told IANS.

His daughter Khatija was brutally trolled a while back by the Swedish-Bangladeshi writer Taslima Nasreen on social media, for wearing the burqa, but Khatija’s graceful and befitting answer to the author received huge applauds by netizens.

What prompted him to take up the challenge of filmmaking? The ï¿½Mozart of Madras’ replied: “Not taking up challenges and feeling complacent due to success is boring! I mean, none of us are immortal. We all are going to die, but before death happens let us give new ideas a try. My drive is to explore human possibilities. Criticism is okay with me, so many challenges are thrown at us by life. It is worth taking up the challenges!”

The songs of his film were released on Thursday in Mumbai. Rahman has created the album with Dolby Atmos. Emphasising on the collaboration, Rahman said: “When you hear music, good sound technology offers you an experience that is worth cherishing. We get to experience Dolby Atmos in cinema theatres. They are now collaborating with streaming platforms where you listen to music on the phone and still get the same sound quality, without those speakers.”

He added: “When you listen to a song on your phone, you hear a compressed file that tampers the sound, and the nuances are missed. When a 200MB file is made into a 1. 5 MB file, usually you do not get the same quality. But now that is possible courtesy the new sound technology of Dolby Atmos. I am looking forward to it,” he explained.