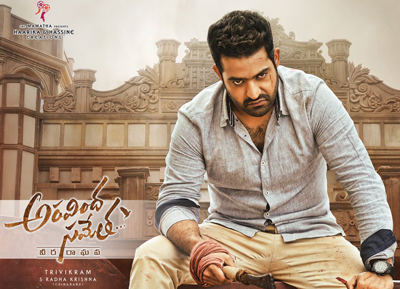 NTR’s highly anticipated film Aravindha Sametha is all set for a grand opening at the box office this Thursday. The film has been carrying high expectations in trade circles and the advance bookings are quite terrific.

In overseas, Aravindha Sametha is going to open big with Wednesday premiers. The film has already polled around $ 200K ( $ 120K from Cinemark and $ $80K from Regal screens). Going by the latest trend in advance bookings, the film is poised for a solid start at the US box office. Trade pundits are expecting a strong first weekend if the film manages to garner a decent talk all over.