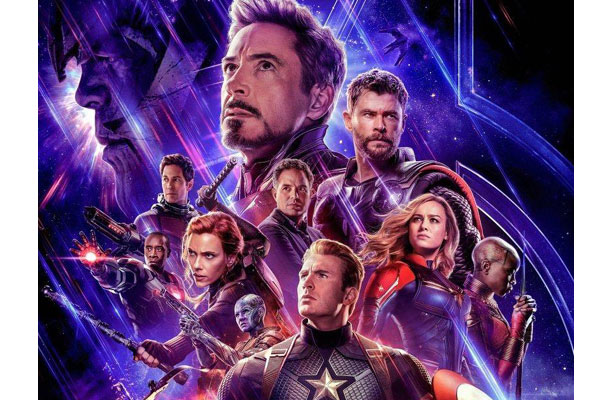 The hype is palpable as expectations soar high. “Avengers: Endgame” is a three hour extravaganza, showcased on a vast canvas so reminiscent of its predecessors. It is an emotional and logically fitting finale to the epic Marvel saga that began nearly a decade ago.

This fourth and final Avenger saga is the 22nd film of the Marvel Cinematic Universe (MCU), and it wraps up the Avenger series rather smoothly. It’s the battle of all battles, where the Avengers unite to confront the antagonist Thanos (Josh Brolin) who believes that he is invincible and has nearly erased 50 per cent of all the living creatures. This is the crux of the narrative.

Despite the exposition of Thanos wiping out the 50 per cent of the population, not being shown but only mentioned verbally, the take home lessons are sincere, thus making the film relatable.

There are numerous sub-plots and back stories that tie up loose ends. Narrated in a non-linear manner and complicated with a time machine, the plot is episodic and has three very distinct acts; the first the realisation that Thanos with the Infinity Stones would control the universe, the second the assembly of the Avengers and the third the confrontation. Each act, despite appearing forced is treated uniquely.

The narrative begins on a slow, sombre and steady note. The characters along with their history are intrinsically woven into the tale and it is here at times that the film appears to drag. The film picks up momentum by the climax and again drags during the denouement.

The mega setting of the well-choreographed, action sequence between team Thanos and the Avengers is breath taking and amazingly enthralling but short-lived on screen. Moreover, fatigue seems to have seeped into this Marvel’s cosmic world. The visuals appear to have lost lustre because they are re-tread of what we’ve already seen. So in totality, there is a fair balance of brilliant as well as dull moments.

But what keeps you glued to the screen is intrigue of how the narrative will unfold. So, in spite of this being the finale, one is sure that this edition is not the extinction of MCU. While, from all appearances, this may have been the end of the journey for some characters and their storylines, but the seeds of many offshoots appear to have been planted along the way. Expect new tales to unfold in the forthcoming seasons along with characters that may shine.

The razor sharp edits are flawless as they seamlessly blend motion capture frames with the computer generated images. The 3D effects and elaborate background score are bonus to the viewing experience.

Overall, this spectacular film would be a fans delight.