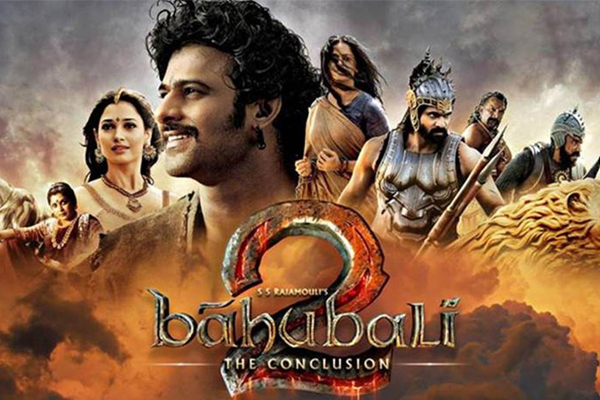 “Baahubali 2: The Conclusion” was released three years ago on this day, and the blockbuster’s cast — including Prabhas, Anushka Shetty, Rana Daggubati and Tamannaah — took to social media to express nostalgia about the project.

The “Baahubali” franchise turned Telugu actor Prabhas into a superstar overnight. Calling “Baahubali 2: The Conclusion” the “biggest film” of his life, Prabhas shared a photo from the sets of the film on Instagram.

The actor wrote: “Baahubali 2 was not just a film that the nation loved but also, the biggest film of my life. And, I’m grateful to my fans, team and director S. S Rajamouli who made it one of the most memorable projects. Baahubali 2 completes three years and I’m delighted for all the love the film and I have received.”

Rana Daggubati, who played the main antagonist, shared a couple of stills from the film’s sets and wrote: “The learning and the joy!! #3yearsofbaahubali2 The best time!!”

Tamannaah Bhatia recalled her first day on the set, when her dream of being directed by noted filmmaker SS Rajamouli came true. The actress shared a few stills from the shoot and wrote: “Can’t imagine we are already celebrating 3 glorious years of the magnificent and opulent #Baahubali2. Still remember my first day on the sets when my dream of being directed by @ssrajamouli sir came true. A big big THANK YOU to the entire team of Baahubali who worked like a big happy family and our audiences for loving the movie and pouring in unconditional love every single day. #3YrsForMightyBaahubali2”

Actress Anushka Shetty expressed gratitude to her fans for the success of the franchise. She wrote: “#3YrsForMightyBaahubali2. Thank you all.”

Directed by SS Rajamouli, “Baahubali 2: The Conclusion” is the sequel to “Baahubali: The Beginning”, which hit theatres in 2015. While both the films created a storm at the box office, the second part was a bigger success due to the fanbase created by the first one. Over two years, the audience across India and the world excitedly waited for the second part, which reflects in the sequel’s box office figures.

Talking about the film’s box office success, trade analyst Taran Adarsh tweeted about a record created by the film which remains unbroken till date.