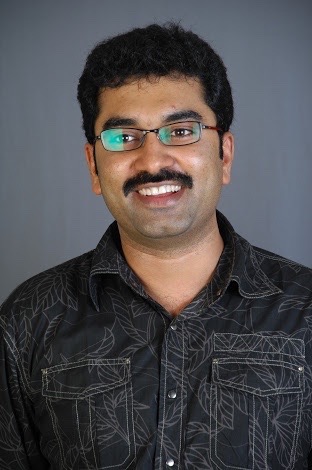 We make movies to experience and I believe that original ideas also come from an inspiration. They don’t come from thin air. Even Avatar or Titanic must have come from an inspiration. So, when people complain that a particular director copied a particular scene, I have only thing to say. We see a great film and we want to make a greater film. So, everything is an inspiration and an expression from something else. It could be a book or a film or anything. [pullquote position=”right”]The only one reason why the film is successful is Rajamouli. People have belief in him and know that, no matter what if you visit the theatre that screens his story, they will not come out disappointed. [/pullquote]There is nothing to copy here and it is made from the director’s point of view, his perception. There might be many stories on kings and kingdoms, Rajamouli’s story is an offshoot of his imagination. How he wanted to create it.

I loved this movie and while I sit down to think, I feel there are multiple reasons why this film is making history and breaking records. The mood, the hype and imagination, proper publicity is pushing the people to the theatres. None of the people in this generation have seen a Mughal E Azam. They have been hearing from the past three years that it is a huge film being made with a mammoth budget. Subsequently, people had began enquiring as to when it will release. Those who haven’t seen a film for many years have made up their mind to check it out once it hits the screen. Also Rajamouli has not given any flop so far and his credentials has been impressive. There might be small disappointments but no major upsets. Prabhas on the other hand has allotted three years of his career for this film and that too created curiosity.

There is no story in the first half. There are only episodes that mount it to give an outline of the premise. The real story comes in the second part and what we saw was just the introduction of characters and how the emotions surrounding them have been elevated. The only one reason why the film is successful is Rajamouli. People have belief in him and know that, no matter what if you visit the theatre that screens his story, they will not come out disappointed. He had convinced an entire Indian population that a fly is capable of taking revenge on a villain. He earned that trust through the conviction and confidence with which he narrated the story.

Those who expect the routine format in a film and that it will turn out as per their expectations are disappointed. A film has a format and it did not end as per that format. Perhaps, that could be the reason why there is some criticism. It is a part story which is new to Telugu screen and people came out, not watching the climax; they could have in all probability thought they were not shown a complete film. Rajamouli had a dream and he showed it visually and arrested the viewers in the first few scenes itself. Not all graphics look natural but here, it did. You would find it difficult to say which is real and which isn’t. Most of the people who watch television and cinema at home have taken film makers for granted. They know that directors will not and are not capable of crossing a particular territory and they predict what will happen next. So, they stopped going to films. All those who are not completely happy will take time to digest the narration. There is some dissatisfaction amongst the educated audience, but even that is disappearing and people are thronging the theatres to watch it twice or thrice.

Director Raghavendra Rao had been confident too before the release. The director had narrated to them each and every minute detail of the film about the look on screen. When they saw the final rush, Raghavendra Rao said if people take a fascination to the first part, they will love the second part even more. Rajamouli had made the film far better than the manner in which he narrated. It feels so good when people connect with movies and bigwigs tweet such generous words about Bahubali. It makes us feel so proud. He has made a beautiful film with stars and arresting visuals and a lovely narration for a common man. What more can anyone ask for? The theatre owners everywhere are saying that crowds are thronging to see the film as if it is a wedding, irrespective of the age groups. When you show something as fabulous as this, people will respect you. If Prabhas has given three years to it, it means he had anticipated the result.