Switch to: తెలుగు
Home Opinion Basic Sciences Needed for the Success of ‘Make In India’ : Nobel... 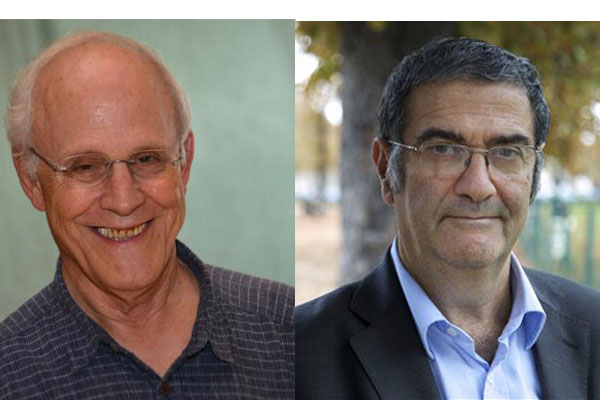 Advances in Basic sciences would be essential for applications. This was repeatedly emphasized by two Nobel laureates-Prof David Gross and Prof Serge Haroche, both Noble prize winners in Physics, as they delivered Nobel laureates talk at the 103rd Indian Science Congress in Mysore last evening.

They explained as to how fundamental research in quantum physics had lead to applications in the field of electronics, medicine, with further prospects for quantum computers in years to come. “Transistors did not come from entertainment companies. Nuclear technology was not discovered by oil companies with large budgets seeking alternate sources of energy, but by men like Einstein’’, Prof David Gross pointed out. He emphasized that science should also be pursued for sheer curiosity and said that a nation which did not encourage its youth to pursue basic science would lose brilliant minds to other nations where they were encouraged.

Nobel Laurete David J Gross said that the Prime Minister Shri Narendra Modi’s Make in India slogan requires Invent in India for newer technologies, and for that you have to Discover in India.

Pointing out that for Make in India, its products will have to be competitive as there are already superior and cheaper goods being manufactured in Korea and other countries, he felt. Prof. Gross said thatIndia has enormous potential and could do better by more investments in basic sciences and research and development.

The Nobel Laureate said that China has overtaken the US in the Gross Domestic Product (GDP) last year and India is projected to do so by 2045. “In 2000, both India and China invested 0.8 per cent of their GDP in science and research. By 2010, China’s investment had risen to close to two percent, while India’s was still at 0.8. Now, India has moved up to 0.9 while China’s investment is 2.8 per cent. Similarly, Brazil, another emerging economy invests over 2 per cent of GDP in science and research, South Korea 3.7. Most European countries too invest around 3.7 percent”, he said.

He felt that the Indian scientific and research apparatus was bureaucratic, rigid and ineffective and not up to standards of a country that would like to increase its investments. “Lots have to change in how you manage science. I understand politicians; they are not sure how the money allocated will be spent. It is up to you (scientific community) now to change how those funds will be used’’, he asserted. Prof. Gross said that he would like to witness India progressing well in years to come.

Prof David Gross an American particle physicist and string theorist was awarded Nobel Prize in 2004 in Physics along with Frank Wilczekand and David Politzer, for their discovery of asymptotic freedom. Prof Serge Haroche is a French physicist who was awarded the 2012 Nobel Prize for Physics jointly with David J. Wineland for “ground-breaking experimental methods that enables measuring and manipulation of individual quantum systems”- a study of the particle of light, the photon. Prof Serge Haroche today delivered a lecture on the subject of “What is Light?”: A question which has shaped our vision of the world through centuries.