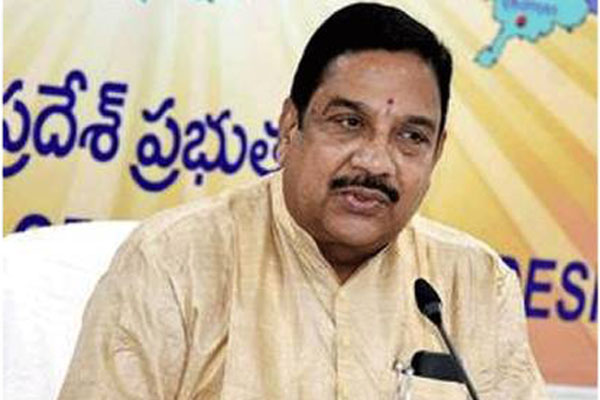 What does a fading heavyweight do in politics? Before he completely fades away, he would install his son in his position. Handing over the baton is the most important task for any politician. This is now the biggest task before one-time heavyweight and TDP AP’s former chief Kala Venkat Rao.

Kala Venkat Rao had his time under the son. He enjoyed his stint as an MLA, a minister and the party’s president for Andhra Pradesh! Now the TDP is out of power and politics for him is back to square one. His presidential post too is gone now. Massive defeat in Etcherla constituency, his borough, in 2019 elections has indicated that it was time to walk into the political sunset. Now Kala Venkat Rao has decided that it was time for ‘son’ rise.

Years of staying in Amaravati and Hyderabad have affected his connections in the constituency. He is now out of touch in his own Etcherla that he had nursed for such a long time. Also, Covid scare for the last one-and-a-half year has also kept him away from touring the constituency. During this period, the YSRCP has fortified its position and has emerged stronger in the panchayat elections. It has now become an existential question for Kala Venkat Rao and his family.

Now that he wants his son to take his baton, he has begun cultivating the voters and influencers in Etcherla again. His son Ram Mallik Naidu has now been given a key post in the party. He is now one of the secretaries of the party.

Now, Kala Venkat Rao is extensively touring the nook and cranny of the constituency and is holding meetings with the workers and office bearers. He is also said to tutoring Naidu in the nitty-gritty and nuances of politics. One only hopes Ram Mallik Naidu will pick up cues from his illustrious dad and emerge as a strong politician in Etcherla to carry on the legacy of Kala Venkat Rao.