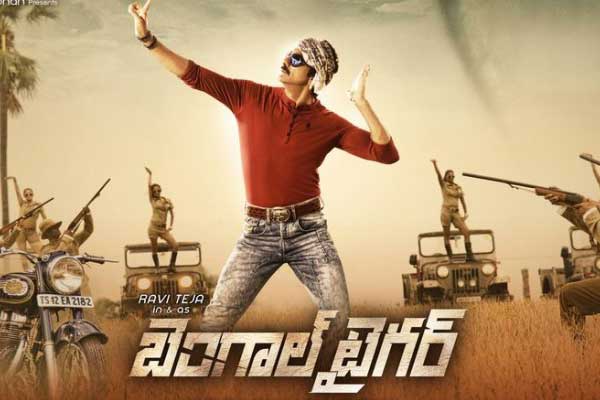 In Bengal Tiger, Ravi Teja plays a man from Athreyapuram in Godavari district who comes on a mission to Hyderabad. If you are wondering why the hero is called Bengal Tiger then there is a dialogue in the film that explains amongst all the Tigers, the Bengal Tiger is by far the best and in what context it is compared to the hero’s character and why it became a national animal.

Director Sampath Nandi did a good amount of research. It is screenplay based, not a police story or based in Kolkotta. It is a big film that has Boman Irani, Sayaji Shinde, Rashi Khanna and Tammanna playing important roles. Bheems who scored a track in the director’s first film Yemaindi Yee Vela has turned music director with this movie.