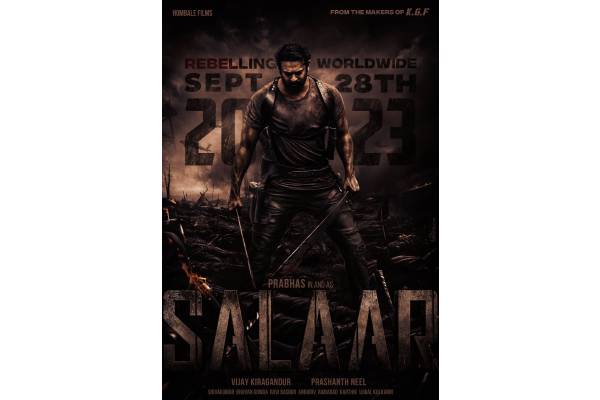 Salaar is the next big film for the Indian audience and the film marks the collaboration of Pan-Indian star Prabhas and KGF sensation Prashanth Neel. The shoot resumes in September and the entire shooting portions are expected to be completed by the end if this year. The makers today made a big announcement that Salaar will release on September 28th across the globe next year. A poster featuring Prabhas in an action mode with the release date is out today.

There are speculations that Salaar will release in two parts but the makers are tight-lipped for now. Prabhas plays the title role as a don in this high voltage action entertainer. Most of the film is shot in Hyderabad and Telangana. Shruti Haasan is the heroine and Hombale Films are the producers. Salaar is carrying huge expectations. Prabhas is on a break and he will shoot for Salaar and Project K simultaneously.