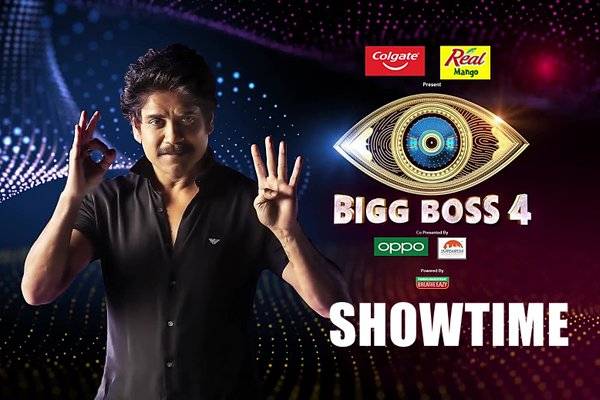 Bigg boss season 4 finally started on Sep 2020. The opening episode that ran for 3 hours was entertaining but after seeing the list of participants, many of the viewers were disappointed. There are a couple of reasons for this. Details as below.

Bigg boss is one of the topmost reality shows in India. The show has been running in multiple languages for many years now. The show always has a standard composition of the participants like singer, dancer, critic, heroine, hero, comedian, character artiste, model, TV anchor, TV artiste, fitness freak and social media star, etc. However this time it seems the composition tilted towards social media stars as we see more social media stars in the house. Harika, Gangavva, Mehabooba and Sohail are from the social media segment this time. Akhil also not known to the audience. People want to see and know more about film and TV celebrities whom they already admire rather than social media stars who are like common people. So the first impression after seeing the contestants list was a disappointment.

Language is not a barrier to art. But it was observed in early seasons that people who don’t know Telugu could not express their feelings accurately in the house. But people can still accept 1 or 2 contestants in the house who dont know the language fully. But it seems 4 contestants – Monal Gajjar, Surya Kiran, Amma Rajasekhar and Divi were not comfortable in speaking or understanding Telugu this time. How they will manage is yet to be seen.

3) No comedian in the house:

Moreover, Bigg boss makers seem to have not included any comedian this time. In season 1, there was Jabardasth Dhan Raj and Sampoornesh Babu. Dhan Raj provided comic relief with his spontaneity and comedy timing in many episodes. In 3rd season, Bigg boss had Mahesh Vitta and lady comedian Rohini. Srimukhi also is known to the audience for her excellent comedy timing. But for season 4, it seems Bigg boss makers did not include any seasonal comedian. Of course, for season 4 also, the names like Jabardast Avinash did rounds in social media but he was not there in the final list.

However, sometimes, people who are not branded as comedians gave more comic relief in the house than the contestants who were known to the audience as comedians. For e.g. Baba Bhaskar gave more comedy relief than Mahesh Vitta in season 3. In season 1, Navadeep gave more entertainment than all others. We need to wait and see who, out of these 16 contestants, will entertain the audience in this season.

Overall, it can be concluded that, the list of participants did not excite audience this time. Probably makers also and know this and that’s the reason they might be focusing on ” building connections” from the day 1. We need to wait and see how this season will fare.