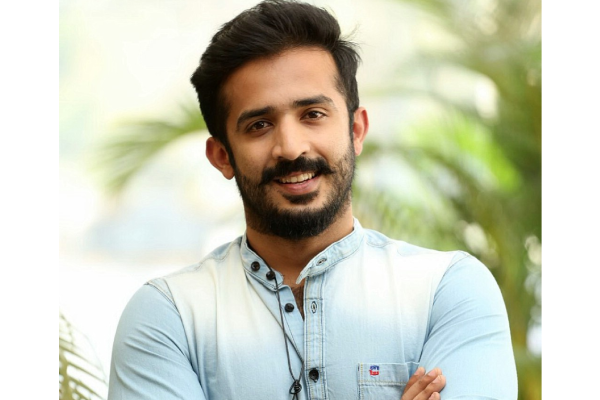 As the Bigg boss 5 show is inching towards the climax, the competition is getting intense and unexpected twists are unfolding. In the latest episode, anchor Ravi got eliminated and this shocked the audience. Details as follows.

As always, this weekend episode of Bigg boss also filled with games and fun. But more than the fun, the audiences were more keen on knowing who will be evicted this week. As we already know, all the housemates except Shanmukh, who is the captain of the house, are in the nominations this week. After all other contestants got saved, Priyanka, Kajal and Ravi were left. At this point too the audience expected Priyanka or Kajal to leave the house this week. But Priyanka was saved to the surprise of the audience. This left Kajal and Ravi as the bottom two.

It is known news that Sunny won eviction free pass earlier that he can use either for himself or others. Once used he can not get back the pass. When Ravi and Kajal were ready to check their luck, Nagarjuna asked whether Sunny wants to use the pass for any of these two. Sunny, without any hesitation, announced that he wants to use it for Kajal. However prior to this Kajal expressed to Sunny that she wants to stay in the house because of the audience votes but not because of the eviction free pass. However, Sunny decided to save her. After that, it was verified who was actually saved by the votes. Shockingly, Kajal was saved by the audience too.

Was Ravi eliminated by Bigg boss despite Ravi getting more votes?

Ever since Ravi eviction news came out on social media, it was widely debated whether the makers of the show eliminated Ravi intentionally despite audience voting in favour of him. Some opined that makers might have sent him out as he is the most expensive contestant in the Bigg boss house as of now. Some others pointed out that, as per social media votings, both Kajal and Priyanka got lesser votings than Ravi. As per some insider reports, Kajal got the least votes but the makers made Ravi a scapegoat to save Kajal.

Overall, social media voice is widely in favour of Ravi and the netizens opine that the makers of the show have shown him doors because of some specific reasons that are best known to them. We need to wait and see who out of these 7 will be the winner of this season.